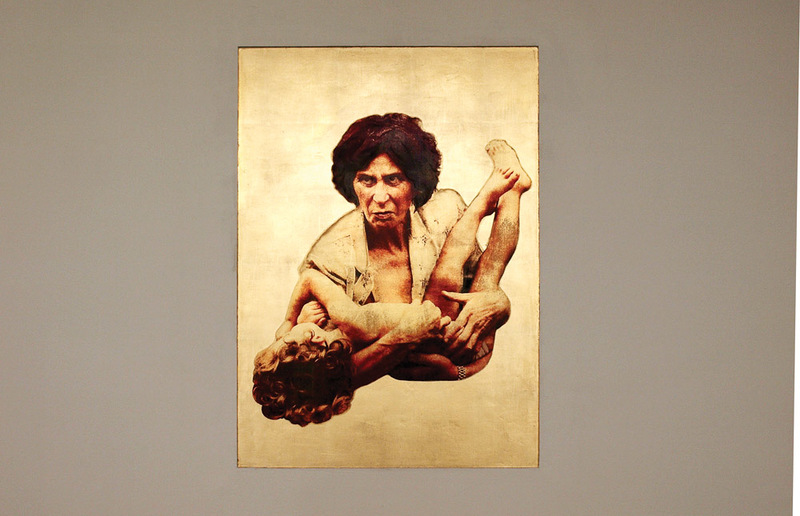 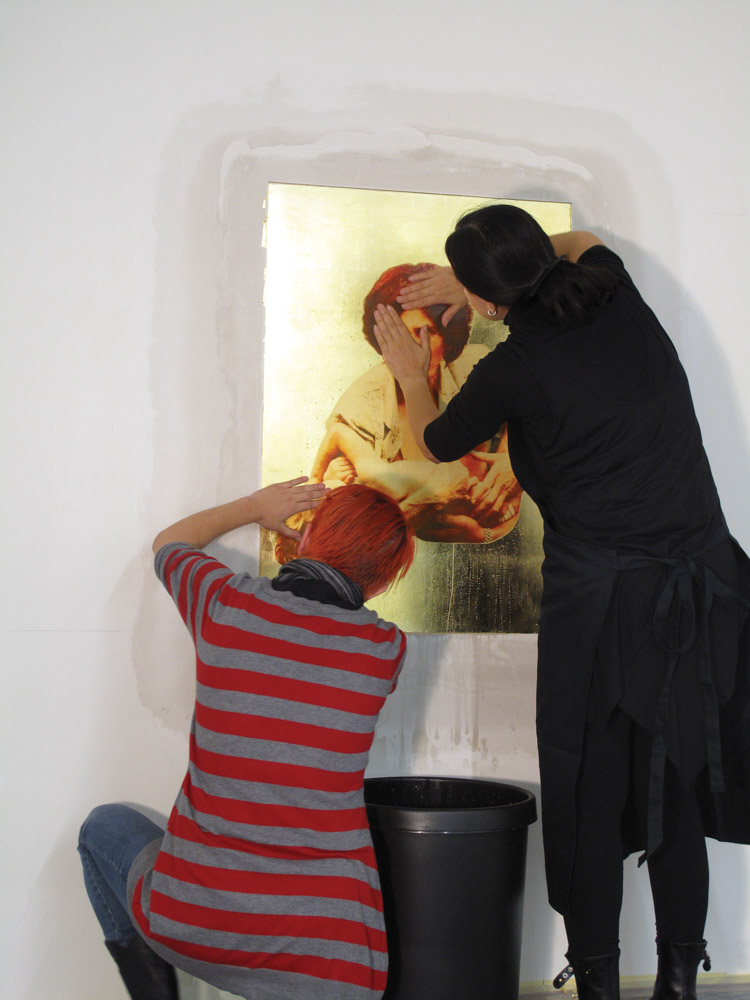 born in Częstochowa, Poland, in 1957; lives and works in New York and Boston, Massachusetts. After working as a conservator in Italy and Poland, she studied at the College for Creative Studies and at the Wayne State University, Detroit, Michigan. She held teaching positions at the Cornell University, Ithaca, New York, and the Massachusetts College of Art and Design, Boston, and received the Pollock-Krasner Grant in 2007. She is currently teaching at the Harvard University Graduate School of Design in Cambridge, Massachusetts. Her works have been presented in the frame of group exhibitions in the USA, Europe, and Israel. Harabasz’s works were shown in the KULTUM in the exhibition “mutter. Neue Bilder in zeitgenössischer Kunst“ (2010).

Brotherly loved cannot be conceived in abstract terms in Ewa Harabasz’s work. In her series “Icons”, Ewa Harabasz, who lives in New York and was born in Częstochowa, the city of the Black Madonna, the Polish national treasure, overworked media images taken from the daily news of war and documentary photography in the tradition of Orthodox icon painting.

The “beautiful” and at the same time seductive surface of her works pulls us into a socio-political context via the visual action whose in any case difficult to see through complexity is veiled by the glitter of the gold, which only leave heroes and saints. The pictures evoke the devotional character of icons and urge us to pause, but not in order to get immersed in contemplation in front of the faces of saints but to confront the suffering of man in the midst of armed conflicts or natural disasters. They are not about internalized empathy and compassion but about active help. The emotional sacral representation serves the purpose of overcoming our indifference in the face of the human tragedies of everyday life, to pave the way for a nuanced analysis of the complex backgrounds of political and ecological disasters.

The “icon” presented here, which Ewa Harabasz created for the KULTUM as a permanent item in the frame of the exhibition “mother” (2010), a woman is saving a child in the Beslan hostage crisis. Though the gold ground is applied in a professional manner, the gold is beat gold and the “painting” is a decal taken from a newspaper. The random snapshot involuntarily makes the woman who saves the child a Madonna—for the attention span of a newspaper day. According to Giorgio Agamben, homo sacer is the figure of the completely unprotected human who is reduced to his or her mere physical existence, his or her “naked life”. With her creative sacralization of those without rights, the artist moves marginal life into the halo of our attention and thus in sight of our scope of action.