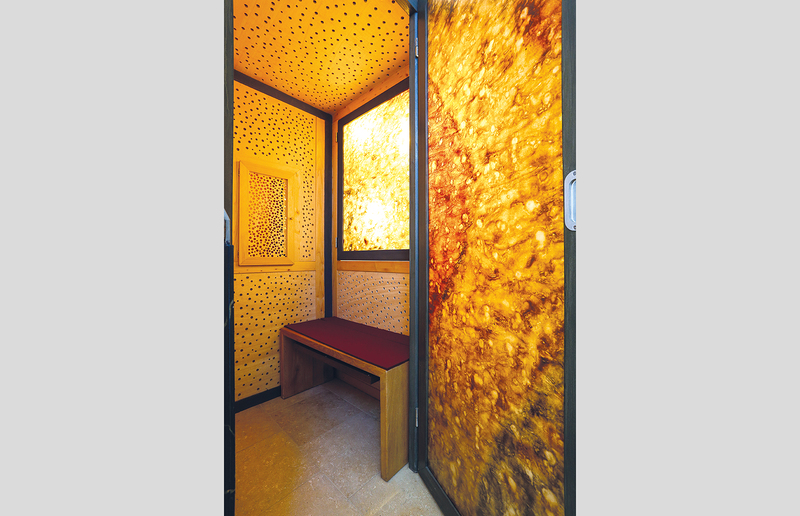 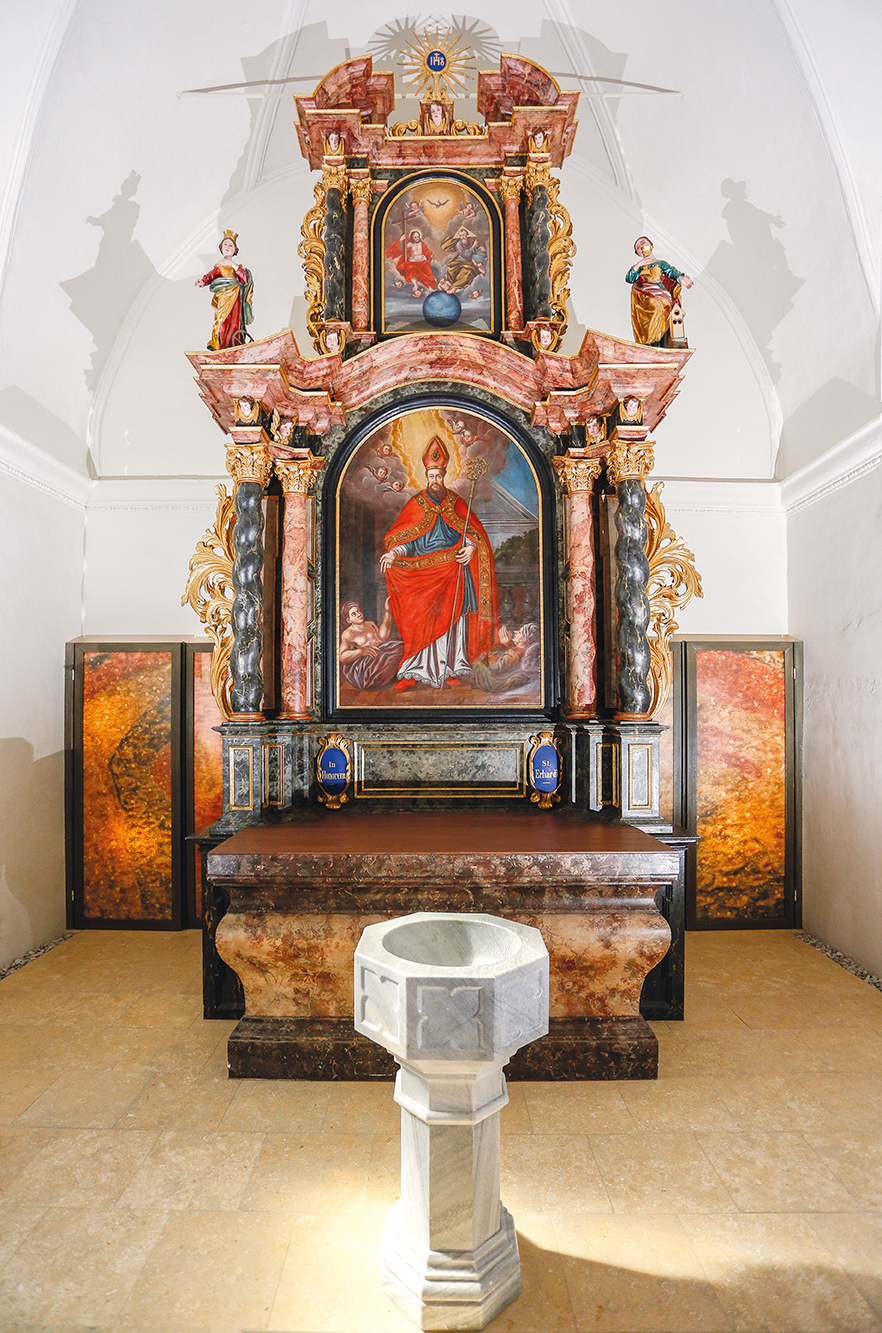 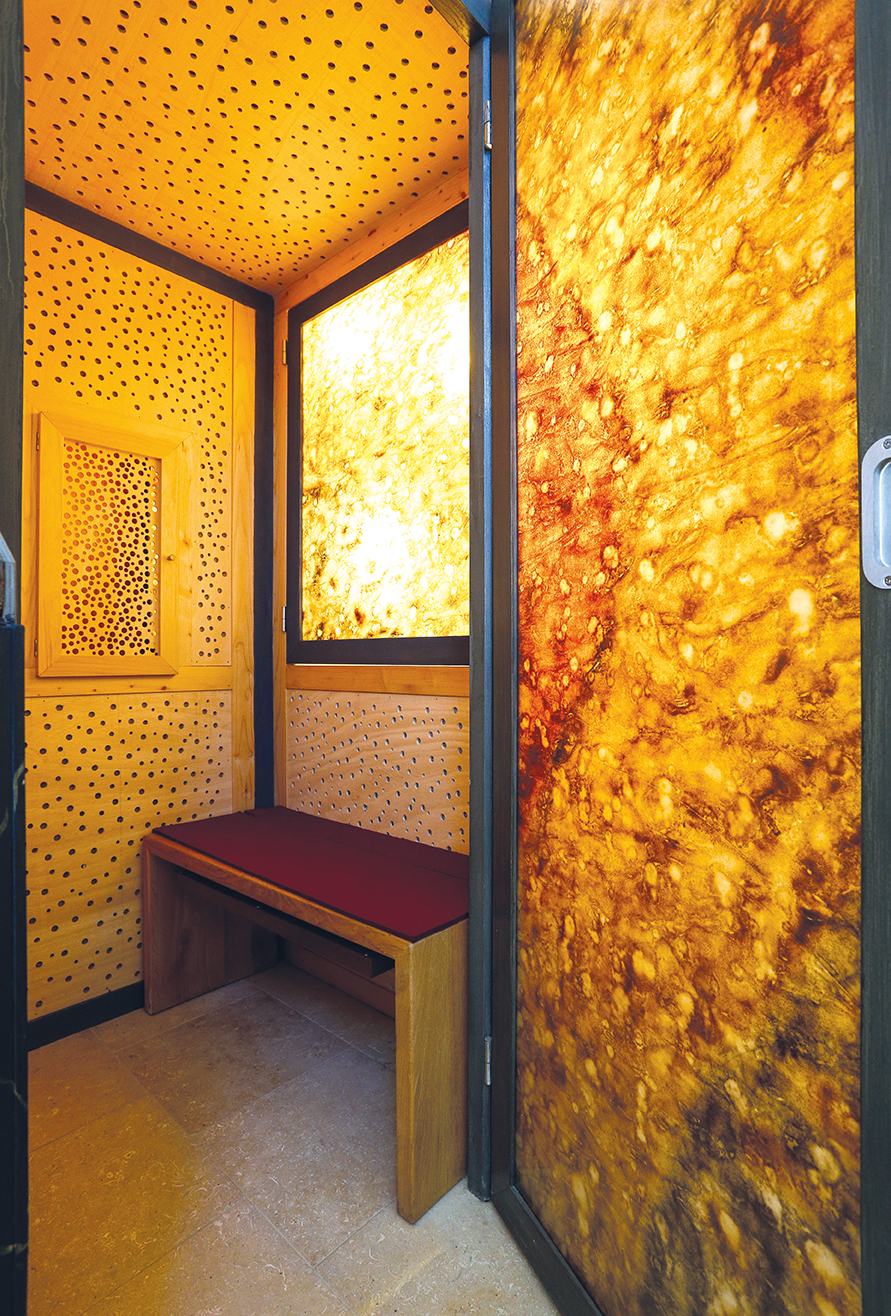 The confessional box has not been a creative place of artistic innovation for a long time. In retrospect, only the Baroque period was really interested in it as an innovative pictorial site: Scenes of reconciliation, the clemency of Jesus, and mercy had to be worked on. An unusual reworking of this “piece of furniture” in a Catholic church can be found in St. Oswald bei Plankenwarth. In the formerly difficult to access side chapel with a heavy “Saint Erhard Altar” (another patron saint of cattle beside Saint Oswald), where there was a chunky confessi - onal box that had not been visited for a long time, the Vorarlberg-born and Vienna-based artist Alfred Graf (*1958) created a dignified space where the baptismal font (in front of the Baroque retable) and a new confession room (behind the Baroque retable) have found their place. Taking up the Baroque marbling in the wax surface, the confession room has become a room that almost glows from inside, which is even reinforced once again in its materiality through background lighting. By taking up the aesthetics of a lattice in a confessional box, Graf drilled hundreds of irregular holes together with the carpenter, which overtops any perforated plate aesthetics. Due to a formally captivating solution, it seems to be capable of acoustically swallowing not only words but apparently also sins: a felicitous example of dignified rehabilitation of a neglected and obsolescent place in Catholic churches.