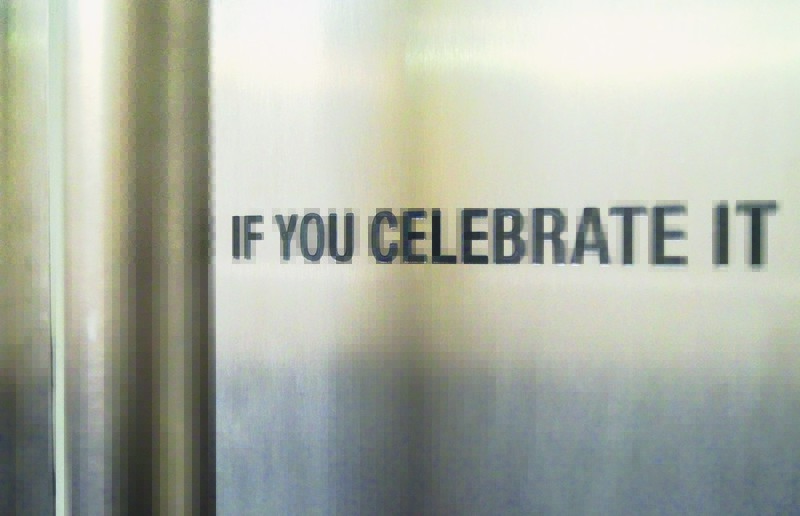 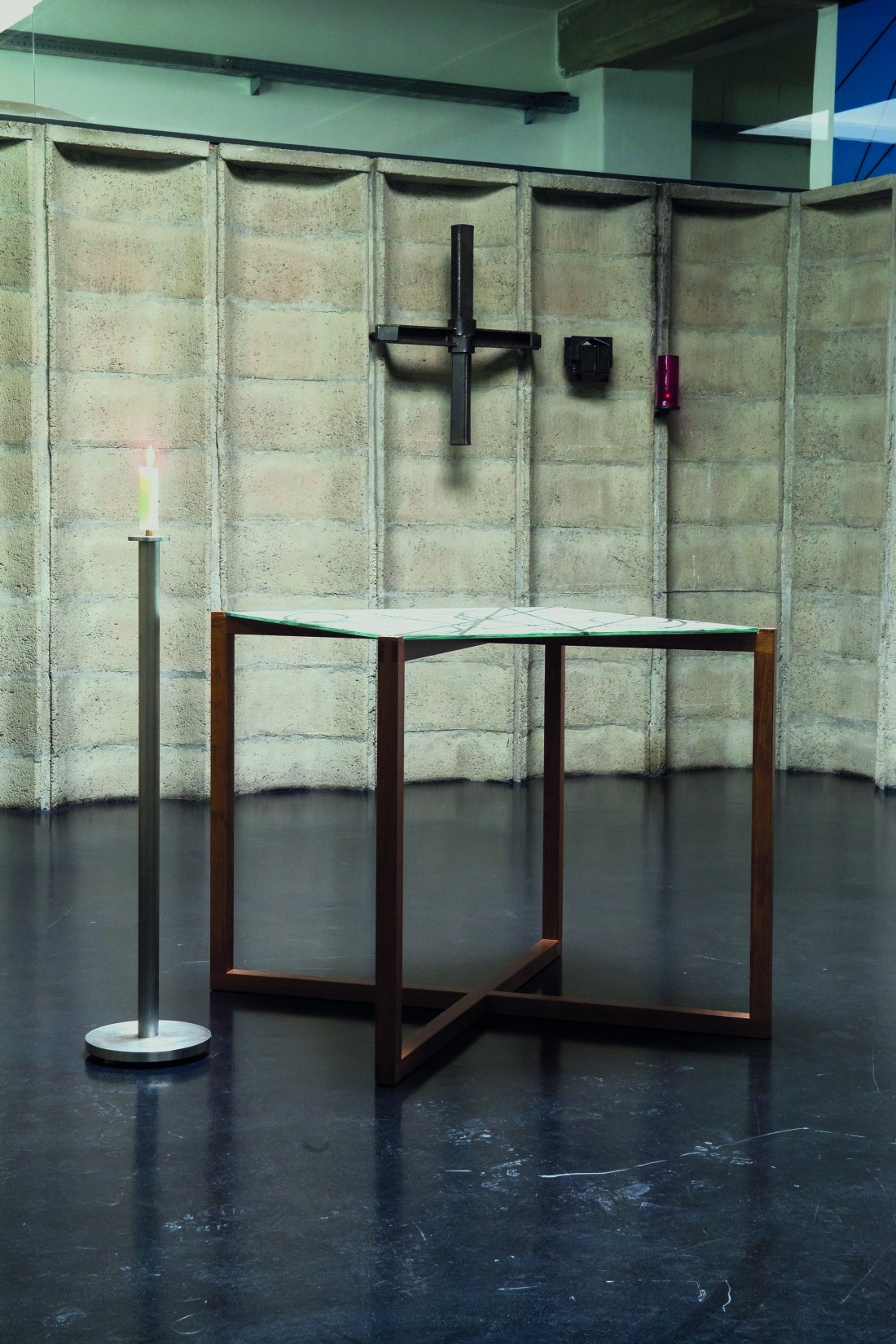 If you celebrate it

The house chapel was built precisely above the foyer and right in the middle of the students’ residential area, right in the geometrical centre of the KHG (Catholic University Chaplaincy), which is located in a Gründerzeit villa in the Leechgasse in Graz, in 1964. This space, designed by the architects Richard Gratl (1939–2015) and Peter Thurner (1941–2005), who had been former residents of this house and had just finished their studies, breathes the spirit of the Second Vatican Council and the liturgical movement preceding it, which was particularly firmly anchored in the Catholic student communities. Absolutely mundane industrial materials were deliberately used for the formally highly reduced square space. Serially manufactured concrete trough stones delimit the cast asphalt floor; on top of it, the chapel directly opens up towards the hallway of the living quarters through a ribbon of light made of industrial glass. Here, the sacral space has been designed and can be experienced as a space right in the middle of our everyday life, and not as an area that is remote from real day-to-day life. In the original conception, a large square altar table, which was to be transformed three times over the years, centred the space which otherwise was to remain directionless and open for various liturgical celebrations. Even the entrance built of heavy concrete doors has been moved away from the central axis. The metal cross and tabernacle, created by the Styrian artist Gerhardt Moswitzer (1914–2013), fit into a spatial image that subsists on the beauty and presence of the raw material. The space, the decoration of which had previously been changed several times, was redesigned by the Austrian artist Leo Zogmayer (*1949) in 2007. Without making any compromises, he successfully made the original conception and iconography of the space emerge in a clearer manner again, and to intensify it by means of economical interventions. He placed the now smaller-sized altar, which had been moved away from the centre, in the centre of the space again. There is no seating provided for celebrating the Holy Mass; there are only a few mobile stools available in the room for individual prayer outside liturgical celebrations. The glass altar panel on top of a light cross-shaped substructure made of smoked oak wood shows a dense mesh of lines that can be decoded as the letters of the entire alphabet laid on top of each other if one takes a closer look. In this small chapel room, the table of the bread (of the Holy Communion) is at the same time also the table of the word (of the Gospel). The artist subtly marked a threshold at the entrance of the chapel: With the first part of a meanwhile famous statement by John Cage, Leo Zogmayer points out that one’s own disposition and fundamental attitude help define what happens in a space: “If you celebrate it, it’s art, if you don’t, it isn’t”, the famous composer and experimental artist is said to have replied in the late 1950s when a colleague asked him how opening a door can turn into an artwork. Zogmayer interpreted this act as intensifying and sensitising perception, which is necessary to create something as extraordinary as a work of art in the first place. Right next door to the floor kitchen of the students, the sacral space and the day-to-day world get very close to each other; Zogmayer’s threshold mark echoes that the sacred is not only what is elevated and worth protecting, but also something that has a a concrete and direct relationship to our life praxis.