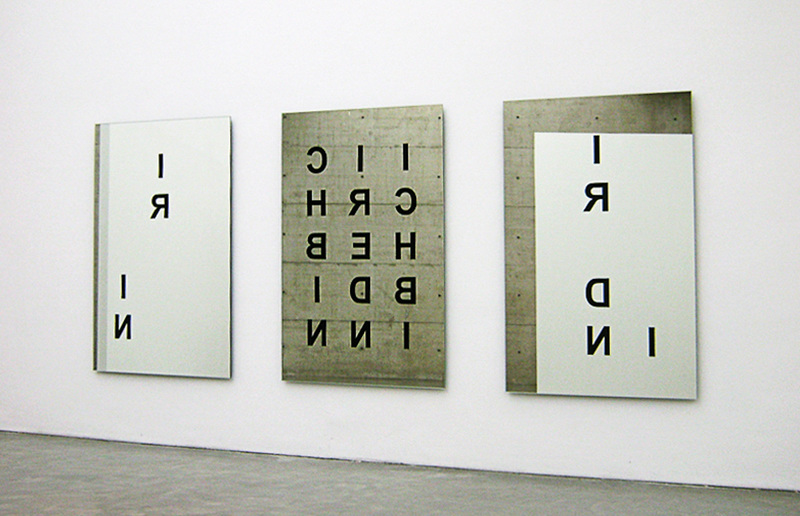 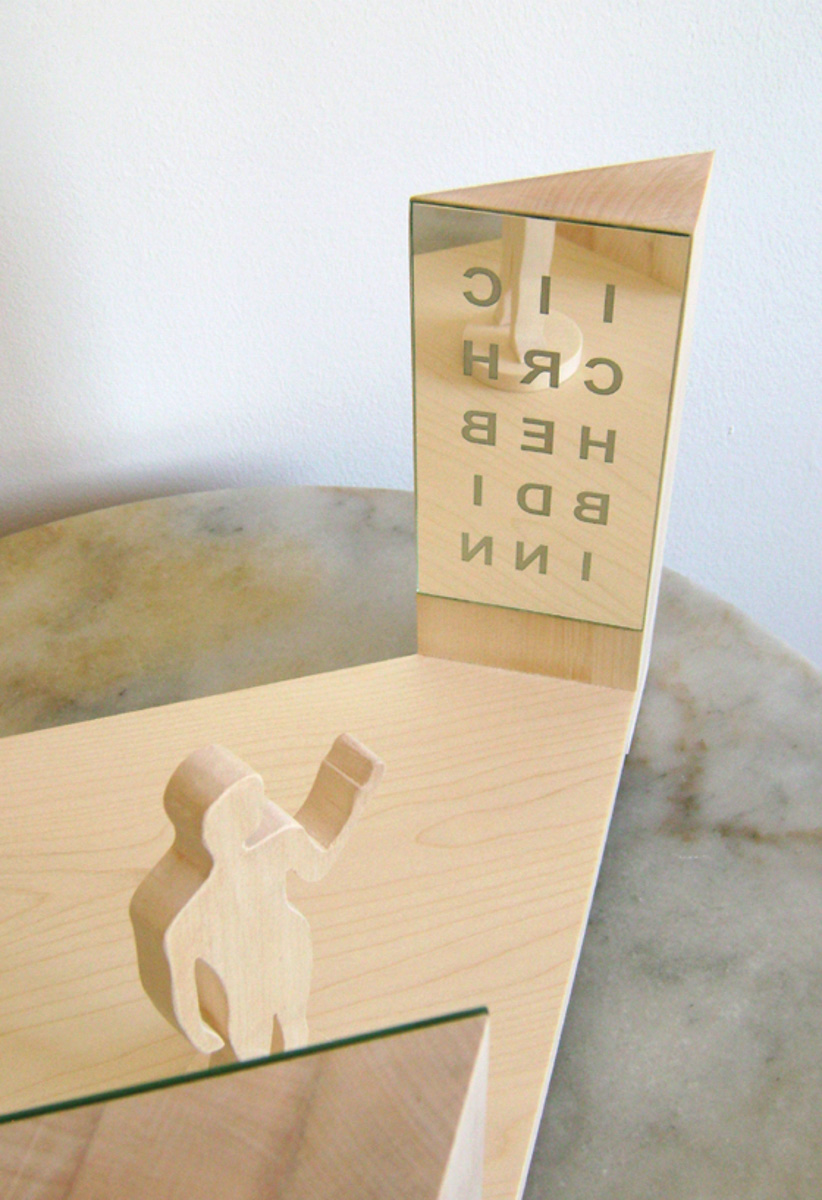 born in Salzburg in 1971; lives and works in Vienna. He studied Architecture at the University of Applied Arts Vienna and attended Michelangelo Pistoletto’s master class for Sculpture at the Academy of Fine Arts Vienna. The artist works in the fields of performance and art in public space, and he creates installations and objects. His works were exhibited i.a. in Salzburg and Vienna. Putzer’s works were shown in the KULTUM in the exhibition “1+1+1=1   Trinität“ (2011), where he received the audience award.

With the “Code for the Triune God”, the Vienna-based artist Oswald Putzer started a series of works consisting of mirrors and letters—usable sculptures. The first one consists on the one hand of three mirrors arranged side by side on which typographical letters are applied in strict arrangement, on the other, of the viewer holding a hand mirror.

If the viewer looks at a text mirror from the right position via the empty hand mirror, the mirrored writing turns following the laws of physics and the coded text becomes readable. Viewed indirectly by means of the empty hand mirror, the inscriptions can be decoded and deciphered: on the central panel: I AM WHO I AM”, in the side panels the lettering “INRI” and/or “INDRI”—as the congruent doubling of the central typeface. Together, the mirrors form a triangle of seeing in an infinite field of vision.

When one perceives a deciphered writing one simultaneously sees oneself, the second deciphered writing: on one’s back and infinity via the mirroring created by specifically adjusted mirrors following the laws of optics. Thus one actually sees all three mirrors simultaneously, an infinite space and oneself right in the middle of it.

This work is a physical and mental allegory. The “code for the Triune God” is an applied conundrum. God manifesting himself from within a burning bush (Exodus 3:14) takes center stage in the central panel; INRI, the title of the cross as well as JHWH are tetragrams stand for the Son; and the “IN DIR” for the Holy Spirit.