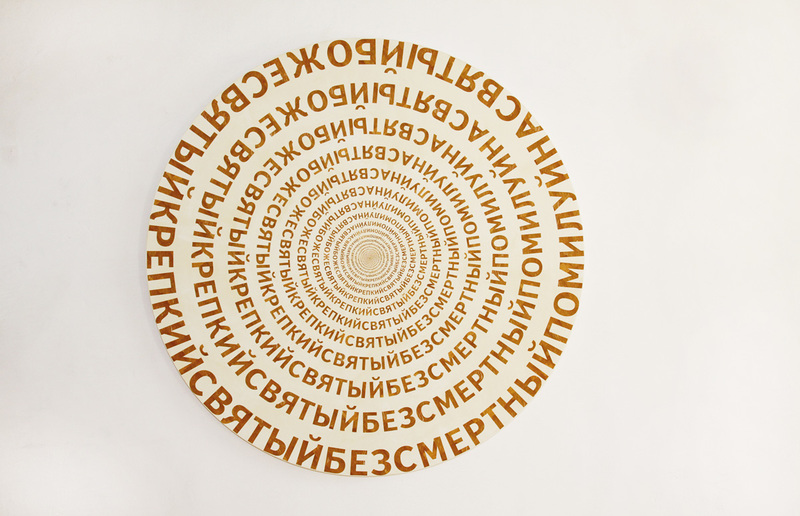 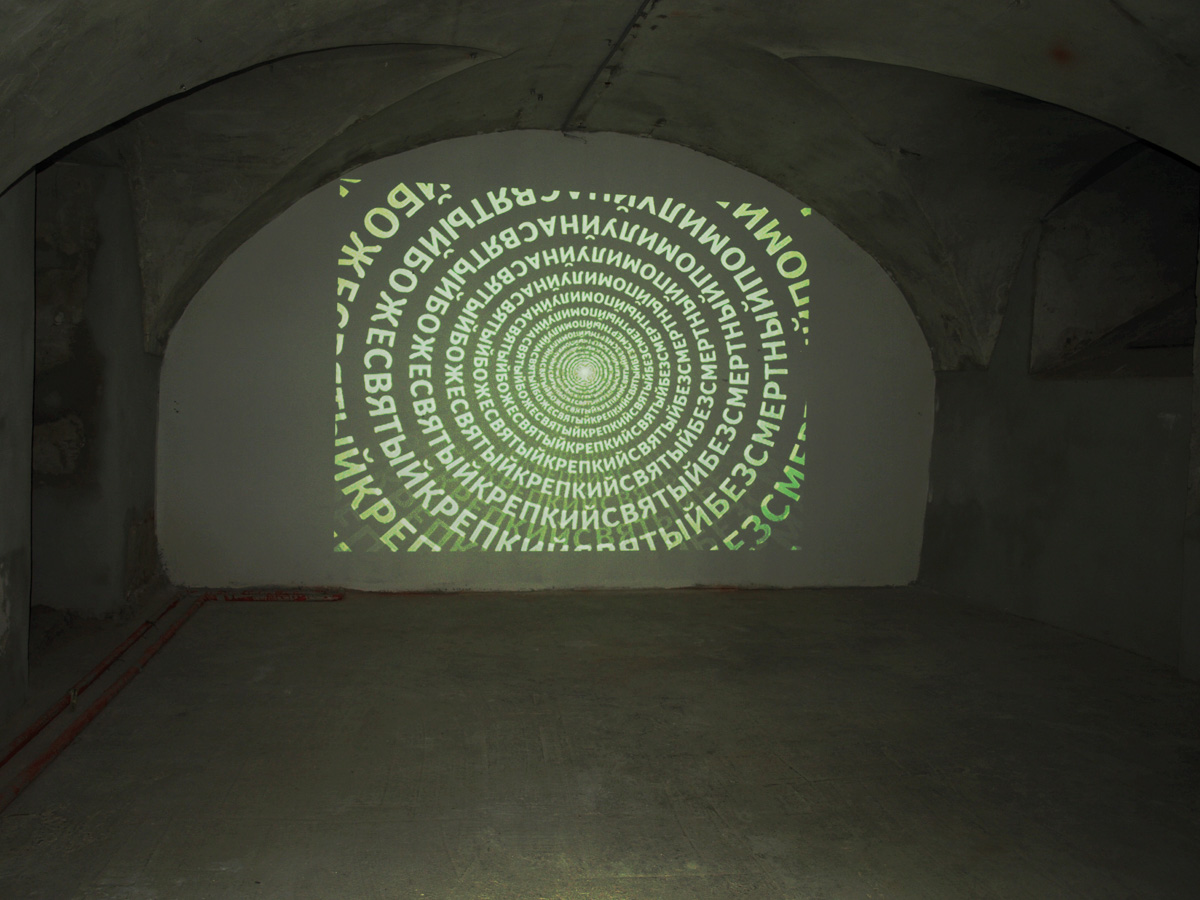 In his work “Stages”, the names of God in the Trisagion are moving towards the viewers in concentric circles, destabilizing the real space and building up a maelstrom pulling them into a virtual hereafter. For Gor Chahal, “space” is a subject matter he deals with throughout his work, a constant element that helps him to perceive the connections between the rites of the liturgy and last century‘s discoveries in theoretical physics: “With time my art, I have to say, is less and less connected with ‘actual’ (physical) reality, reflecting on it. I‘m more interested in some sort of visual theology, an architecture of withdrawing perceivable space. For me, art is less a message than some sort of information generator now, a ‘productive force’ which influences the viewer, helps to lead him away from perfunctory actual being to the stem area of potentials (prototypes or primordial reasons) of the sensual world. Space has, according to constant claims of theologians, and according to the philosophical understanding of the last century‘s discoveries in theoretical physics, a universal impact on the actual world.

“ The Trisagion is a recurring hymn of the Divine Liturgy in Orthodoxy to ritually mark the sphere of God. In the Latin Liturgy it is the call for the Veneration of the Cross on Good Friday: “Holy God, Holy Strong, Holy Immortal, have mercy on us.”