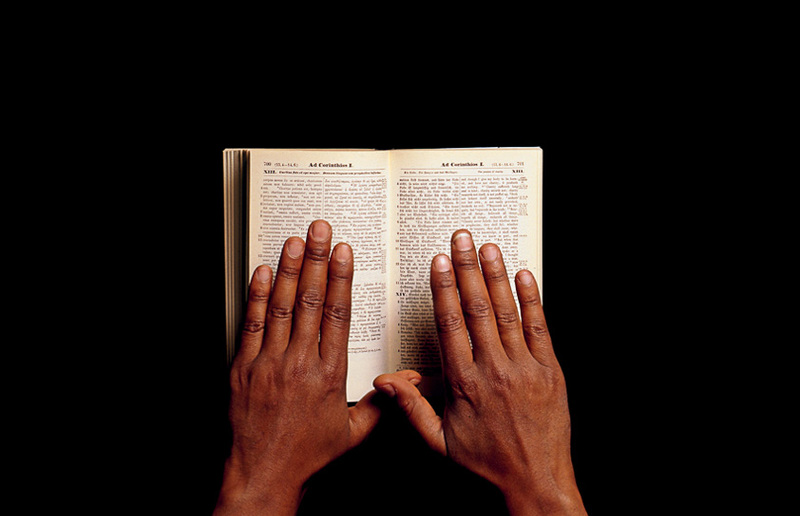 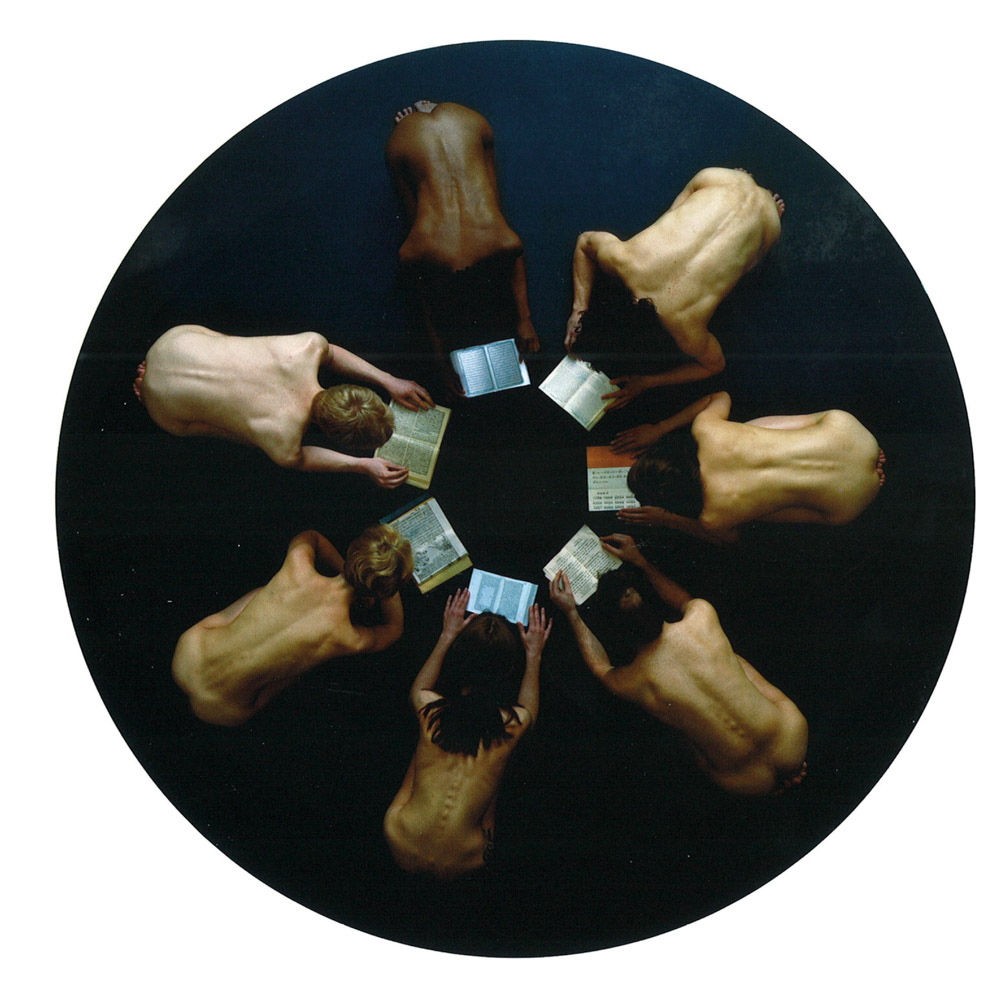 born in Sarajevo, Bosnia and Herzegovina, in 1962; lives and works in Düsseldorf and Sarajevo. She studied in Sarajevo, Belgrade, and Düsseldorf. Her installations and videos dealing with questions of identity, migration, and the transcultural were shown i.a. at the documenta 12 and in both solo and group exhibitions in Berlin, Ljubljana, Vienna, Rotterdam, Kassel, Istanbul, Stockholm and Venice. Dakić’s works were presented in the KULTUM in the exhibitions “WIE DU MIR. Gegenbilder für transkulturelles Denken und Handeln“ (2008), „RELIQTE“ (2010) and “IRREALIGIOUS! Parallelwelt Religion in der Kunst“ (2012).

A ceremonious ritual of reading takes center stage in Danica Dakić’s “Surround“, which was initially created in the form of a video sculpture for the Istanbul Biennale 2003: Seven people gather around an imaginary circle of opened books. They are filmed from above and—forming an ornamental ring of a heptagon—they begin to read out from the books lying in front of them one after the other: One hears different voices reading out or singing out religious texts in different languages such as Sanskrit, Latin, Arabic, Chinese or Hebrew. The people are naked; they are their pure selves, neither marked by status and hierarchy, nor by office and cultural codes. The books they are reading out from are the sacred books of the world religions that refer to the Holy Scriptures: Christianity, Judaism, Islam, Confucianism, Hinduism, Taoism and Buddhism. Each body represents a world religion. And at the same time, these people stand for different sexes, origins and colors of the skin: men and women, blacks, whites and Asians—the section of a universe congregated here.

In 2008, this Diasec series was created from the video sculpture. It only shows the hands of these people, which almost seem to float over the opened books in a gesture of invocation or benediction. The pages the artist selected for this can also be guessed for the other books from the perspective of Christianity: AD CORINTHOS I, Chapter XXIII sings the song of the greatness of love. And: It speaks of the fragmentary nature of recognition: “For now we see through a glass, darkly; but then face to face.”