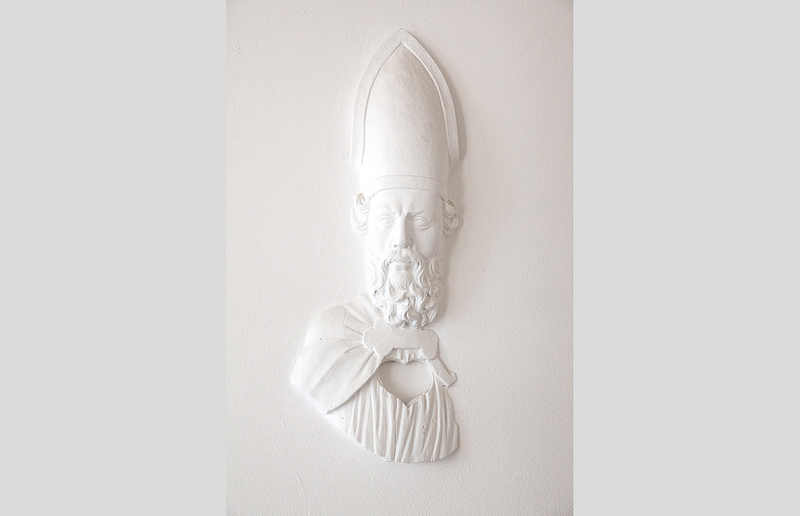 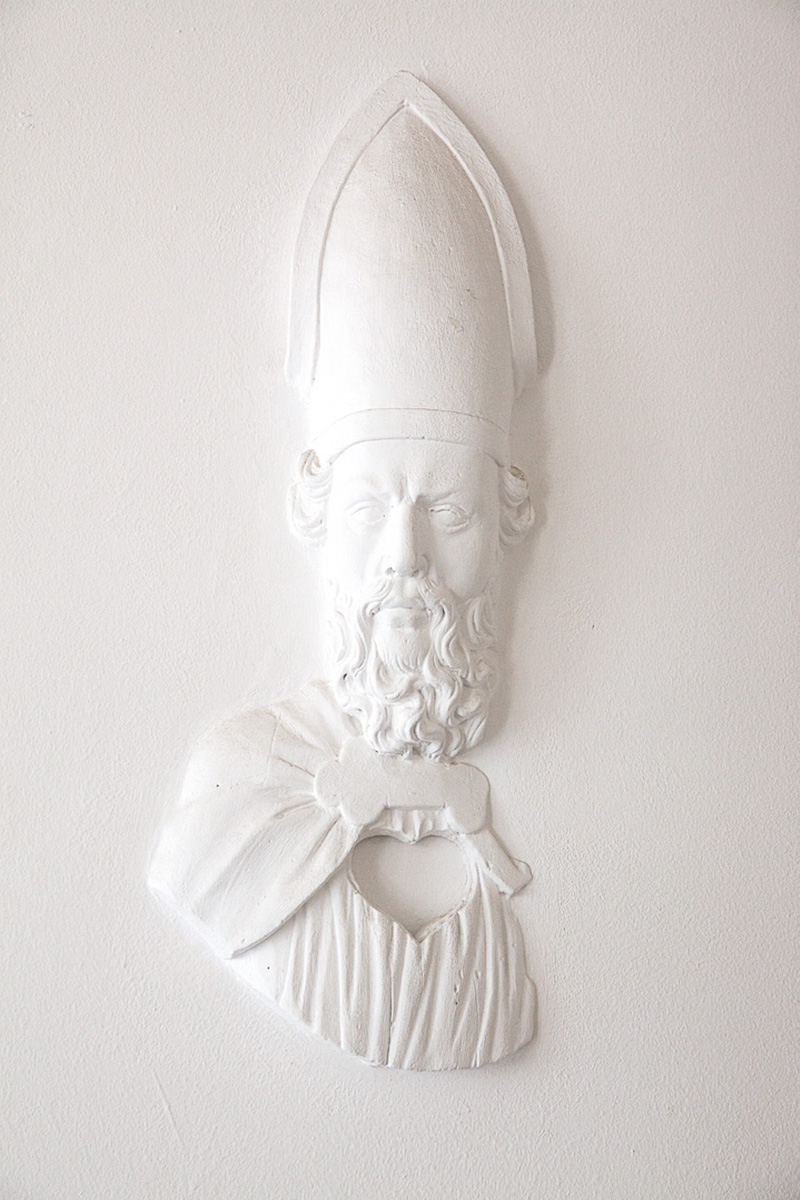 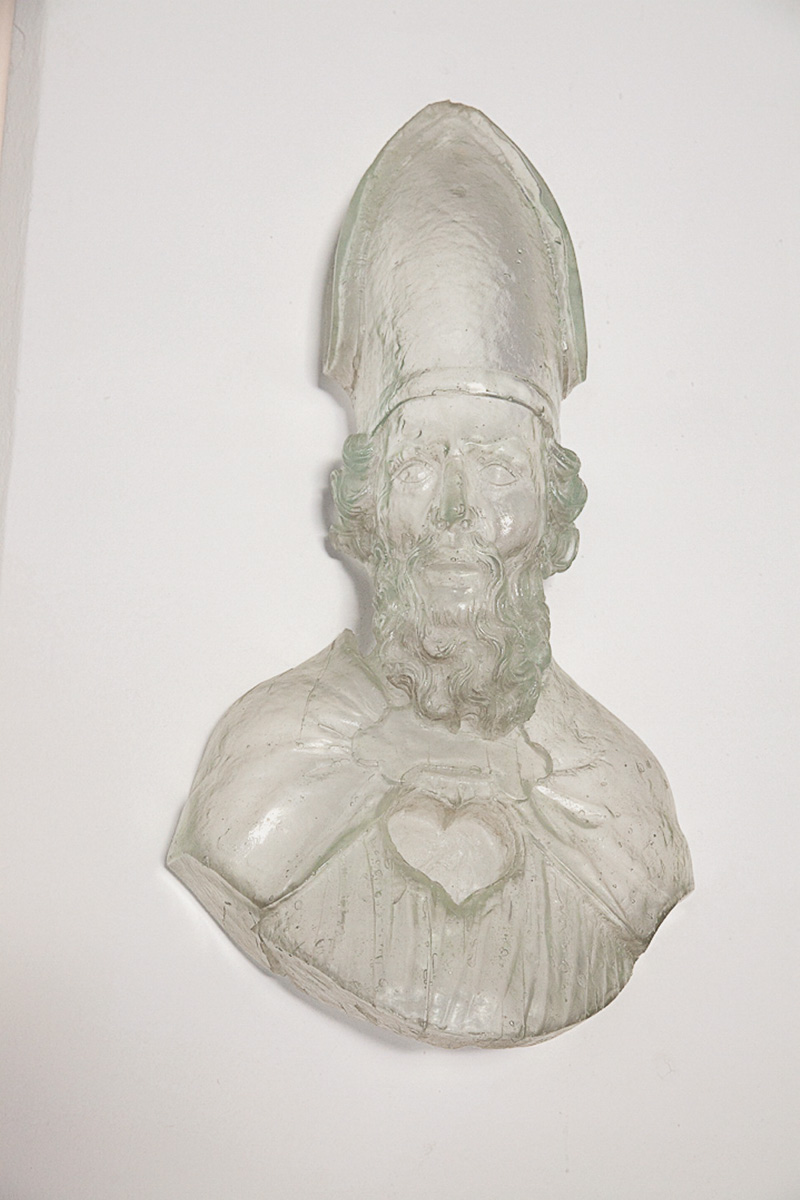 Can one link a “brand” to art? How can it be given a direction so that it does not degenerate? The Augustinum in Graz is an educational institution with many parts; it was established as “Episcopal Centre for Education and Vocation” under Diocesan Bishop Egon Kapellari in 2008/09. It was probably the most extensive project of his period of office as Bishop of the Diocese of Graz-Seckau from 2001 to 2015. Literally as a “gift of the heart”, the bishop assigned a privately owned early-Baroque bust of the great theologian and bishop to this institution: Thus one meets Saint Augustine right to the left in a niche in the entrance hall. What links this likeness to its model over a period of 1,500 years? As a man of a turning point in world history, which perhaps also applies to the present, he explained Christianity to his people in North Africa. His sermons and writings are probably among the most influential of the entire history of Christianity. But what still pulls at our heartstrings also today are neither his writings nor his works and mitra but the heart on his chest that appears like cut out from a Christmas cookies model. In terms of function, this elision once hosted a relic. Later on, the bust, deprived of its precious content, entered the junk goods trade, only as a shell. As a shell? So what of it is the likeness of Saint Augustine? The visible bust or the no longer present relic of the saint himself? Fascinated by this kind of questions about likeness and presence, the artist Markus Wilfling (*1966), who lives and teaches in Graz, created his “Likenesses” in the Augustinum. Of course, the crisis of the likeness, which often completely exhausted contemporary art, can be countered with refreshingly new approaches, like here in Wilfling’s case. The artist worked with the method of reproduction. Yet he switched materials in the process: wood, glass, plaster. The original of the bishop—the objective genitive and the subjective genitive are equally correct here—is the original image for a glass likeness in close proximity, next to the stairway. It floats ephemerally on the wall. It could be an apparition! Is the holy bishop perhaps elsewhere in the building? They say there are more likenesses in the house. A second one unexpectedly but very clearly appears on the pillar in front of the “church square” on the first floor; this time, it is not made of glass but clearly of masonry mortar, or rather plaster. In other places too, likenesses may rise or appear unexpectedly. Possibly even living ones. The artist Wilfling wanted to animate these apparently endless walls with new likenesses of Augustine. The restlessness of the heart, which the well-known quote of Saint Augustine addresses, has and needs a destination. Of course, the heart claims nothing less than “deus caritas est“. This is the slogan of the current bishop of this diocese, an alumnus of this “new” institution.