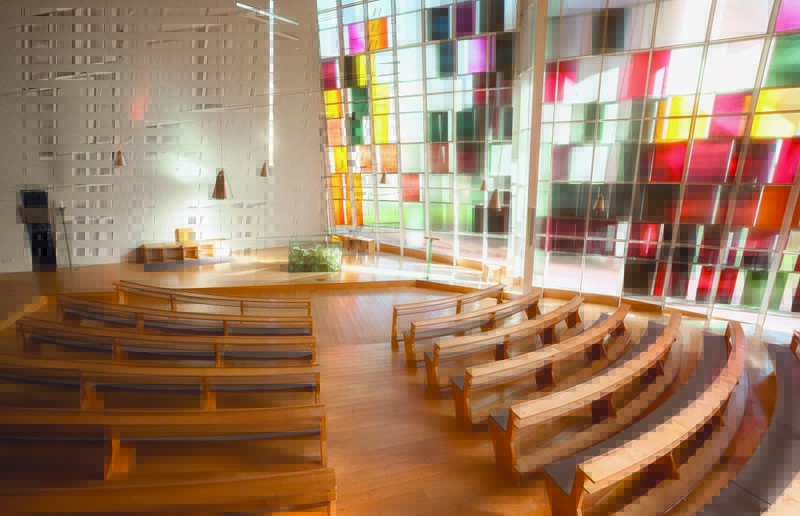 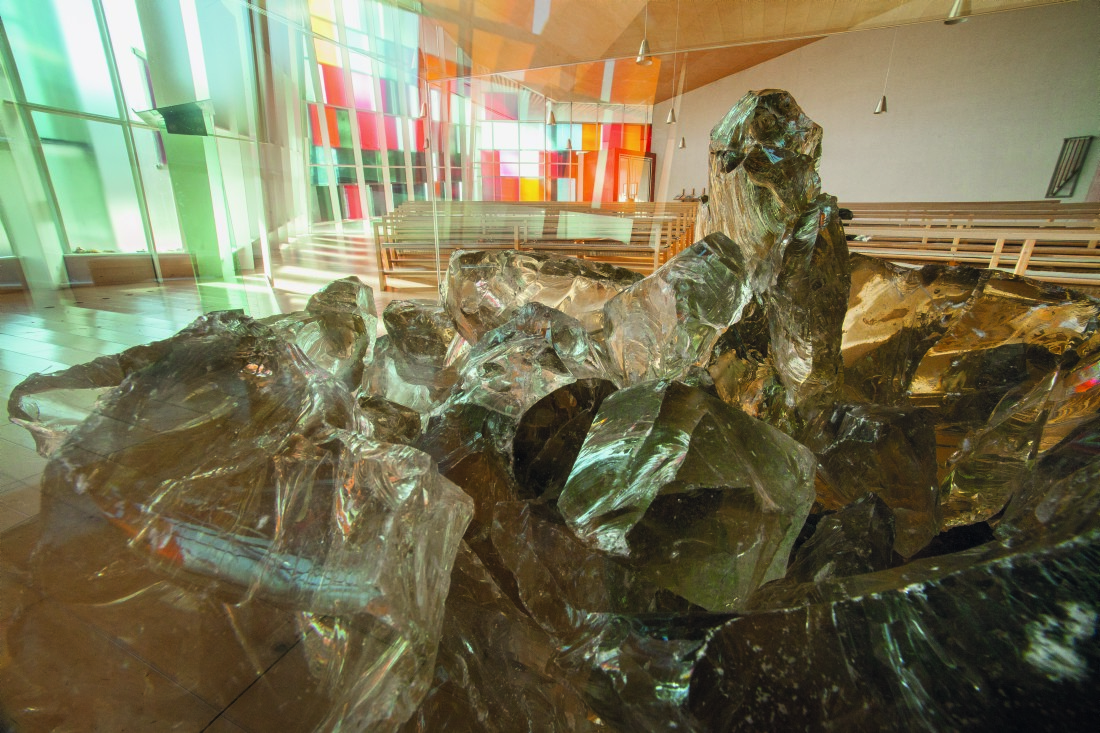 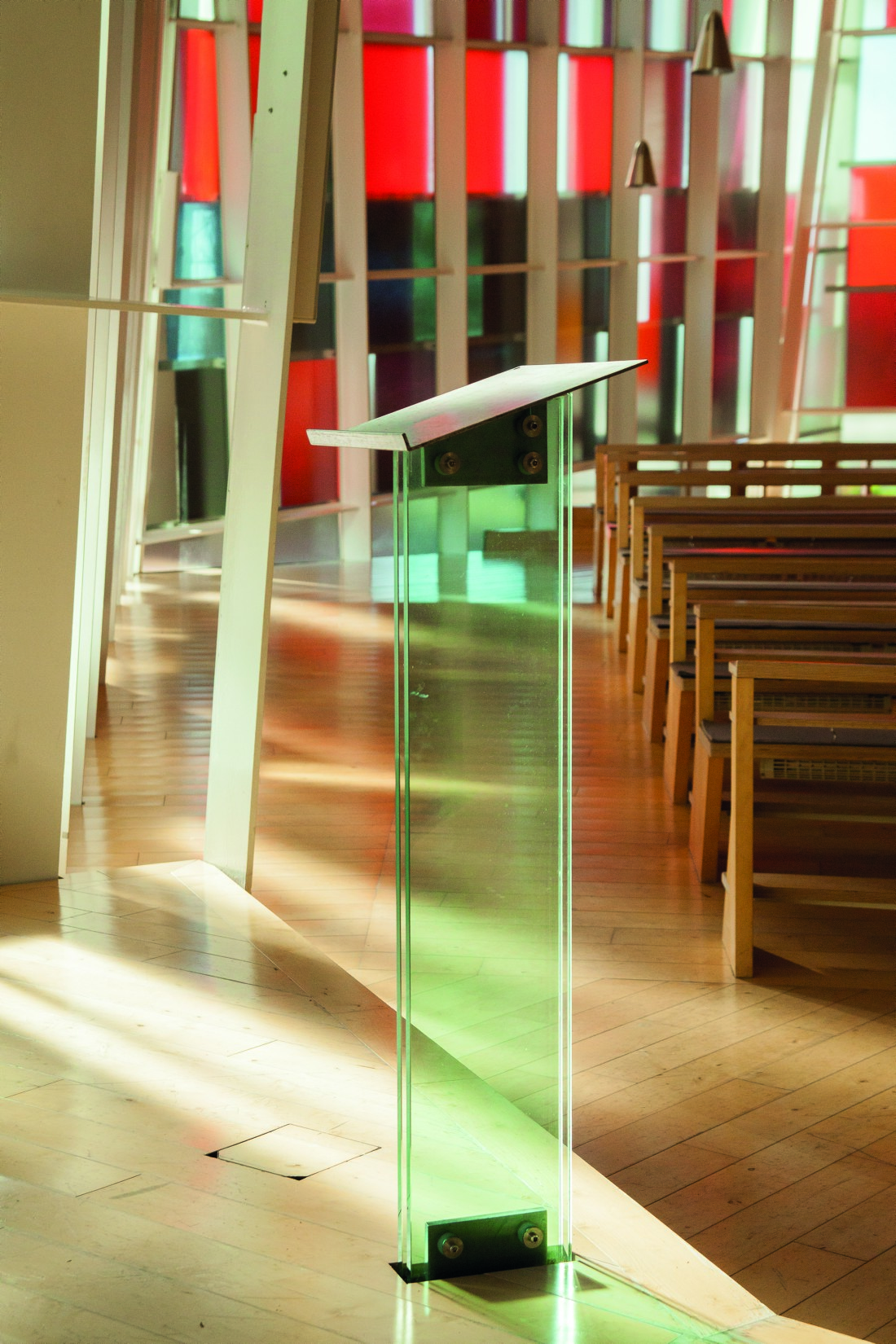 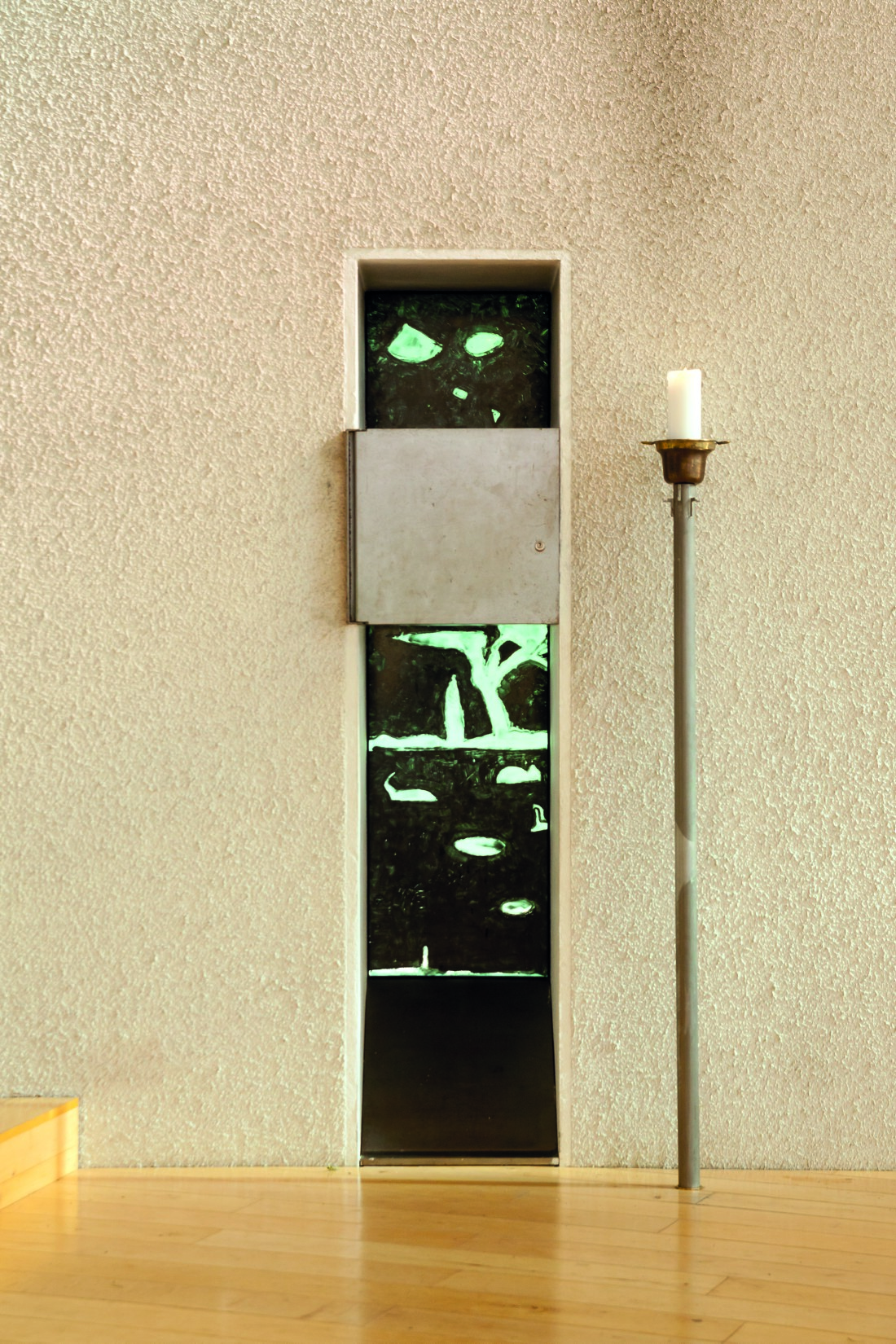 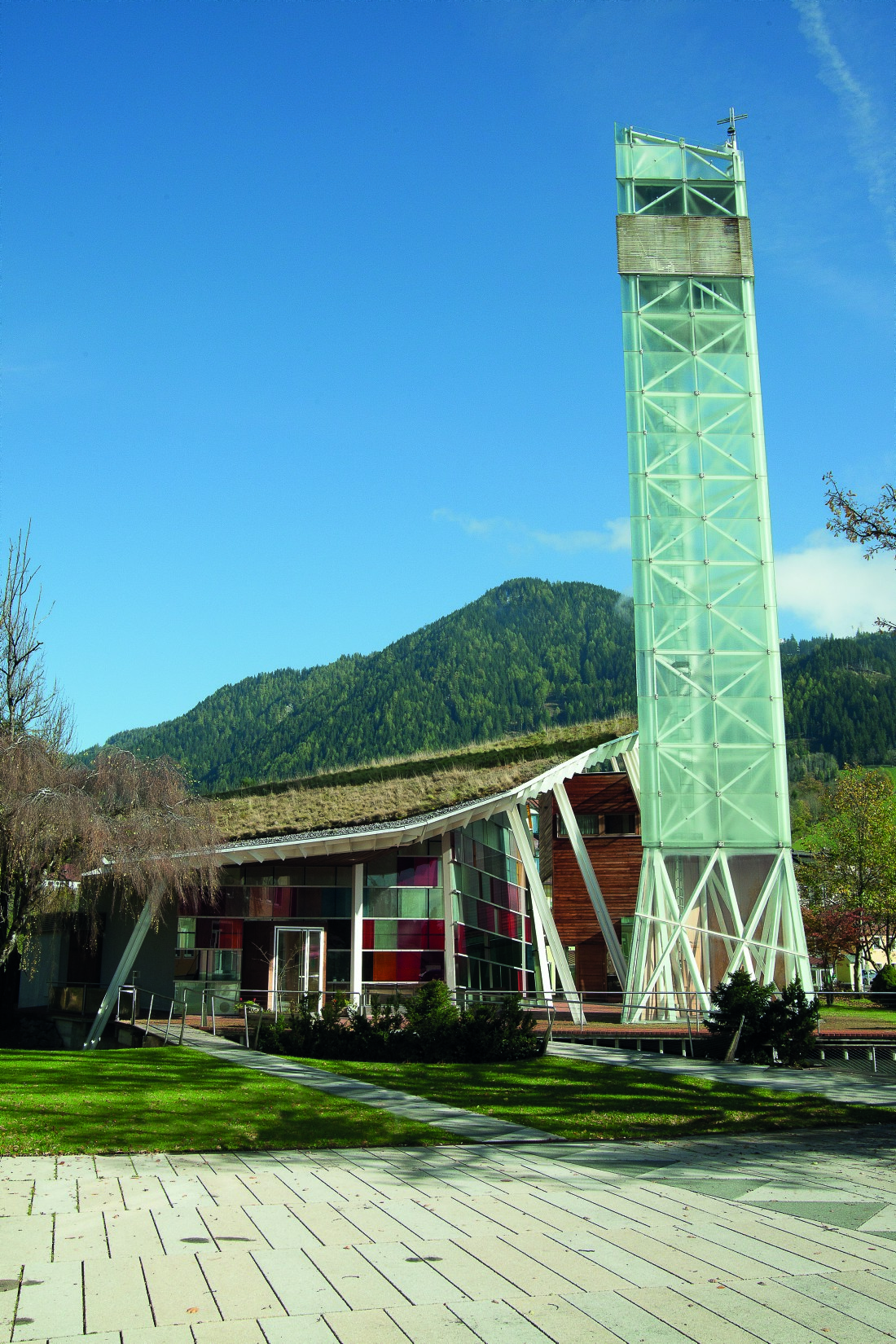 Like a rock crystal, the church dedicated to Saint Florian, a glass-clad steel and wood construction reflecting the sunlight, stands in the centre of Aigen im Ennstal. There had been efforts to build a church already before World War II, but the project had not been actually tackled until the 1980s. Volker Giencke (*1947) was commissioned to plan it, and deliberately chose the present location after protracted negotiations. His ambition was to create a geometrical and social centre for Aigen. Thereby, a creek flowing from the north to the west marks the area as a “sacred” district, which can be entered over three bridges. The buildings are defined by three structural shells: Church, parish house, and bell tower, which was added to the at first towerless plan at the instigation of the local population. The floor plan of the church—including sacristy and meeting room—follows an irregular polygon. The double-leaf roof—the bottom edge of which is “constructed like a boat hull” (Giencke) and supported by pillars and walls—aligns the church space, aligns the building. A shovel construction was applied to the margins of the outer shell, so that the roof could be covered with soil in order to create a grass surface of 600 m2 on the roof. The projecting roof surface that covers the forecourts thus gives a large part of the developed surface back to nature in the form of grassland. One half of the interior space of the church is surrounded by glass, the other by brickwork. The altar wall and the entrance wall are plastered concrete walls. The north-facing partition wall to the sacristy with embedded niches for an organ “only” have a scumbled red construction site surface. Infront of the altar wall, which contains opening for the altar cross and the tabernacle stele, the floor level slightly declines from the entrance to the altar and leads to the main altar, which is elevated by one step. The altar is a fascinating combination of matter and light, a plain glass cube, which was filled with pieces of glass by the local population. The massive wall surfaces make room for towering glass walls on the south and the west side. Coloured panels of antique glass were placed in front of the inner wall of AR-coated glass, which makes the contours of the outer world that shines through blur. Runners would even make changes of the colour arrangement possible. Colour and light are the crucial elements of this building, which—taking up the medieval metaphysics of light and the interwovenness of inside and outside, sacral and mundane— aims to help us have a presentiment of the divine right on the village square of Aigen.