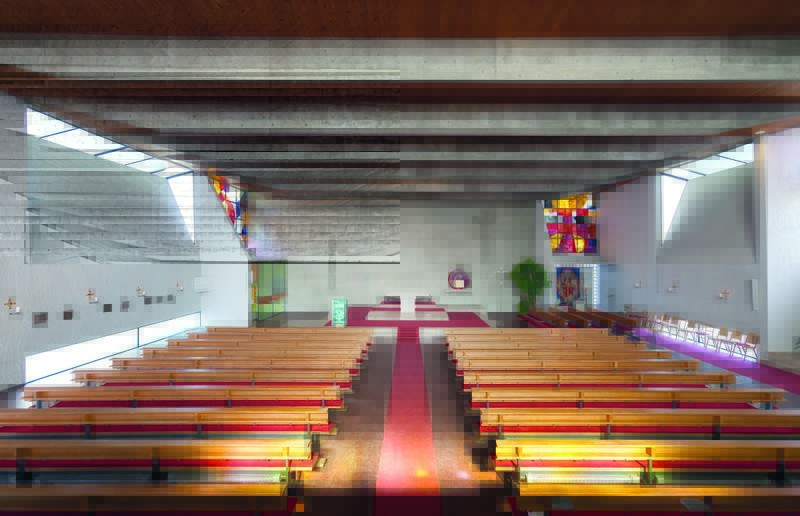 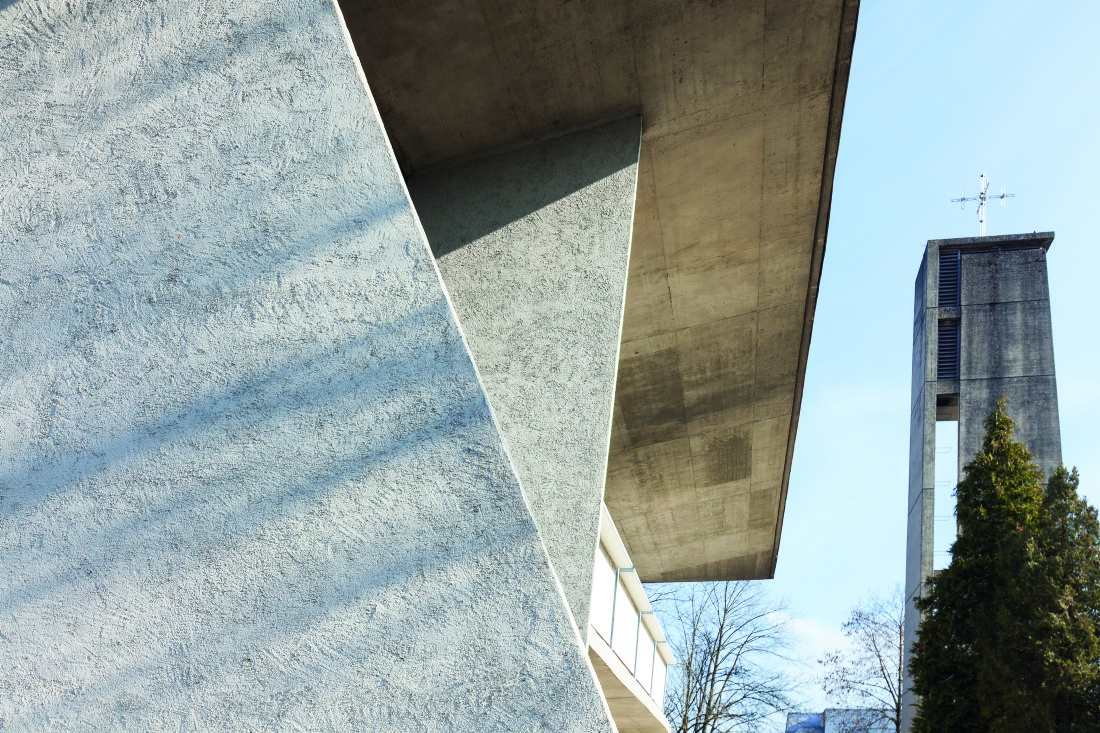 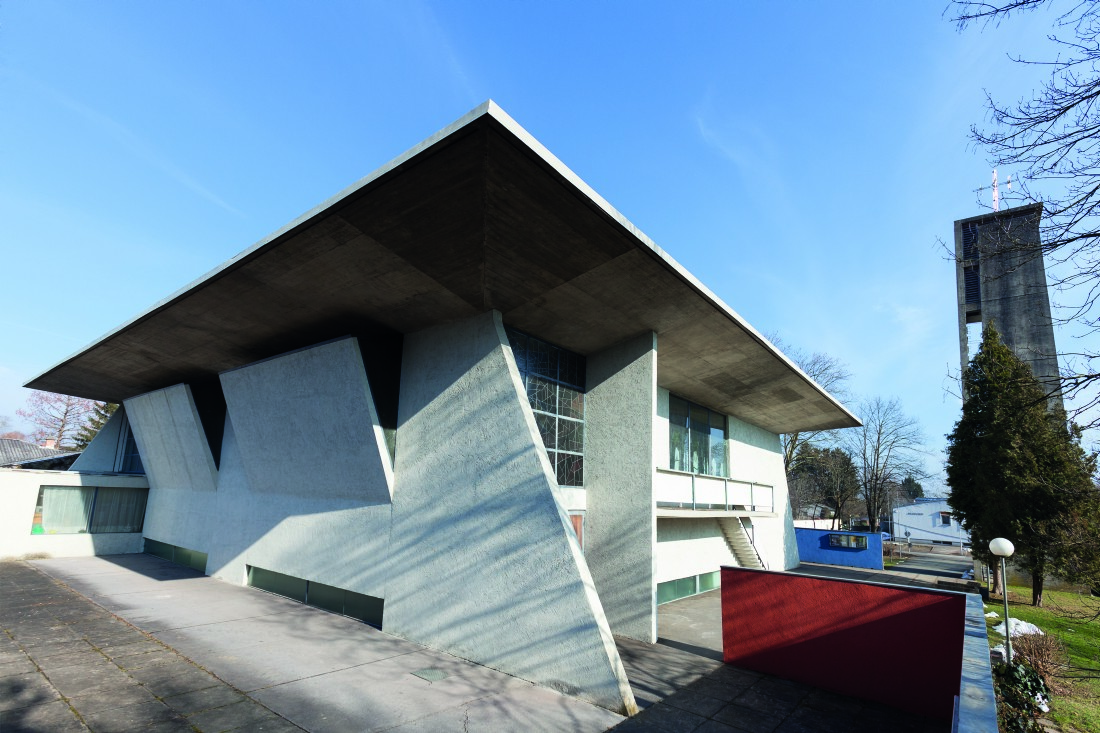 For the architect and spatial planner Friedrich Moser (*1926), building a church means a fundamental examination of liturgy, space, function, form, proportion and light, but also of spirituality. The parish church of Wagna, which was built during the Second Vatican Council, already took the liturgical reforms into account. It was built in an environment which was a settlement area for refugees and expellees after World War II. For them, and for the community of Wagna, which is rather steeped in tradition, a new space of faith, community, and encounter was to be created, a space that leads from the outside to the inside but also works from the inside to the outside. According to the ideas of the architect, it was supposed to be a place of worship where the altar is in the field of view of the entire congregation and is a place around which the people can gather and find a spiritual home. An austere reinforced concrete building on a square ground plan with a projecting roof fulfils these functions. The building has no dominant facade and can be accessed from all sides. The portals are shielded by low wall angles which indicate a rotation of the routing on the ground plan. Three spatial zones become apparent: the public gallery as an area of encounter, the area under the roof as an interior space that is extended to the outside, and the interior space itself, the place of reassurance and meditation. Four concrete surfaces, each trapezoidally sloped on one side, encompass the interior space without visibly touching one another as the corners of the buildings are eliminated by opening elements. What is typical for the external appearance of the church are the wall elements, which are folded out like transom windows on two sides. The interior space, the sobriety and clarity of which is to make it possible to focus on the essential, is characterised by the very special lighting direction and the asceticism of the altar wall. The pure formwork of the concrete surface underlines the significance of the travertine altar which reaches into the space through its purposefully barren materiality, and directs the focus to the liturgical event. The impression of the crucified and rising Christ, embedded reliefs created by Emmerich Mohapp, correspond to the architectural concept in their rigour and simplicity, and convey tangibility and intangibility in their presence. Bright daylight is guided into the space from above trough the flipped-open wall surfaces and emphasises the plasticity of the building. It flows into the church through narrow window lines close to the ground, dematerialises the walls and connects the outside to the inside. In contrast to this, colourful glass windows provide shielded areas of reassurance and meditation, like, for example, the window about the creation of the sun and the moon above the sacristy, which reaches into the space, or the window of the Holy Communion to the right on the front wall above the place of baptism. A sacral space has been created in Wagna which combines modern architecture and spiritual atmosphere in a particularly felicitous way.