Zurück zum Ursprung | Back to the Roots 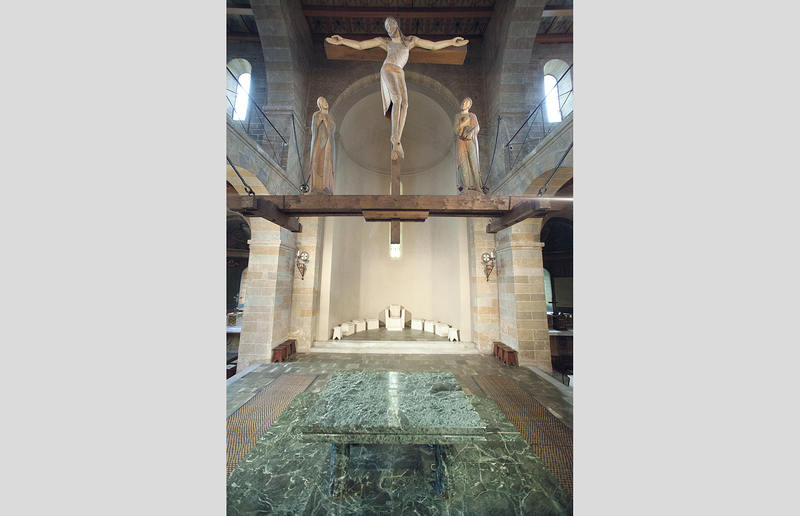 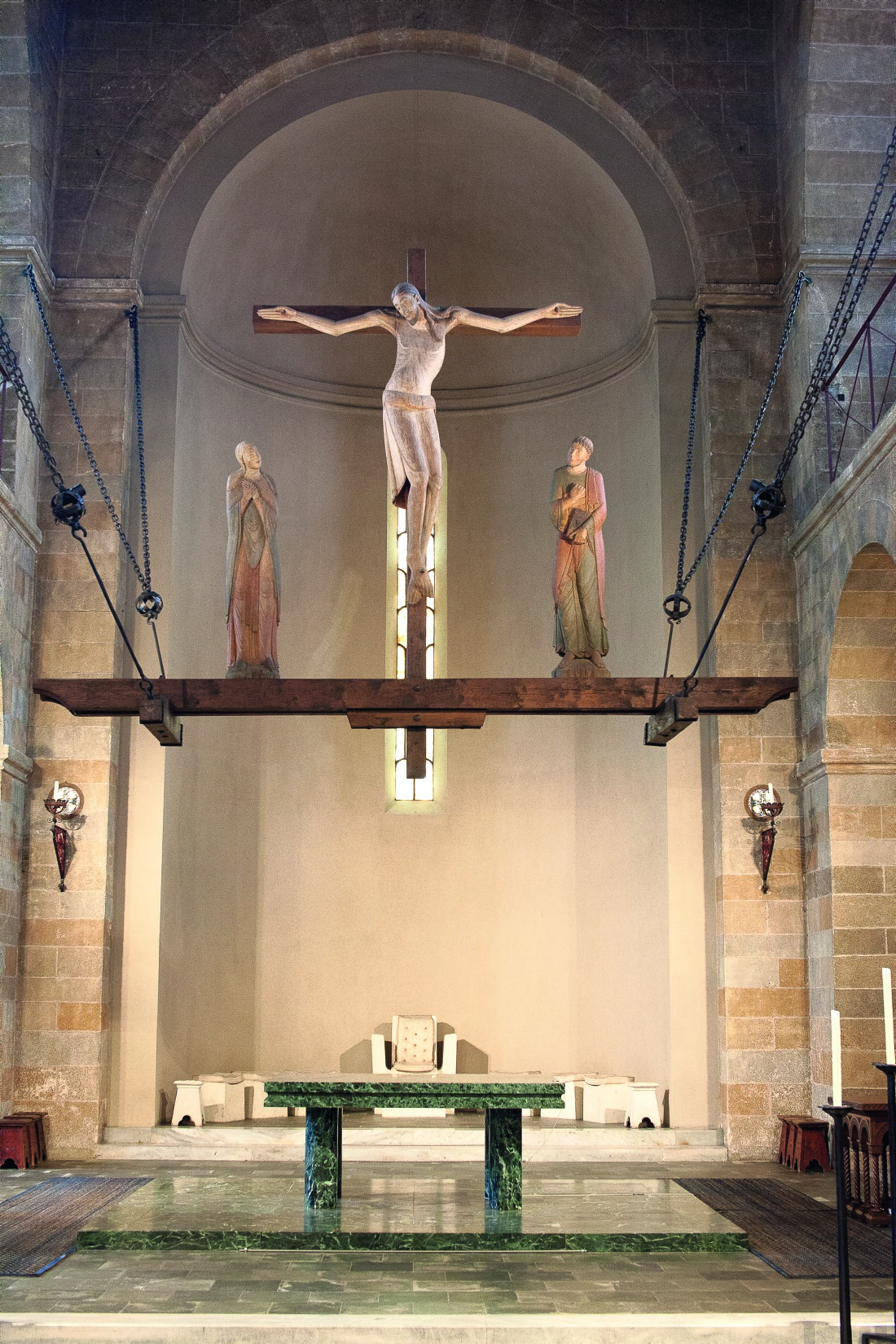 Back to the Roots

Right after the conclusion of the Constitution on the Sacred Liturgy of the Second Vatican Council, the former cathedral of the diocese, the abbey church of Seckau, was redesigned as laid down in its decisions on liturgical innovations by the renowned architect Clemens Holzmeister (1886–1983). Due to its Benedictine monks, the abbey of Seckau was a special liturgical site in the 20th century. But the occasion for the redesign of this “cathedral in the mountains” was above all the 800th anniversary of the consecration of the abbey church in 1964, which was celebrated by the former Augustinian monastery (until it was closed by Emperor Joseph II in 1782) and the later Benedictine monastery, which was repopulated by the Beuronese Congregation as from 1883. The interior of the three-naved Romanesque church, which was built as from 1143 and consecrated in 1160, a plain building made of sandstone from Seckau, is defined by Romanesque sandstone pillars and a Gothic stellar vault. Before the redesign, there had been a powerful neo-Romanesque canopied altar with an apse with marble pillars built in 1894. It almost completely filled the sanctuary, an area that was elevated by several steps, and separated from the congregation by the altar rails. Holzmeister had this altar removed and opened the backside of the apse to create a narrow window that he lined with thin alabaster panels which let subdued yellowish light shine through. He placed the green marble desk altar solitarily into the open space on top of the stair structure, as a clear symbol of innovation. The precious crucifixion group, which had been placed at the height of the vault at the transition to the altar area, floats in front of the almost empty back wall. The crucified of a height of 2.73 m and the soft light of the apse window shimmering through behind him draw the view forward. Two mighty green marble ambos are placed on both sides of the stepped structure. Holzmeister’s redesign taking up the liturgical reorganisation was radical and a symbol of renewal that was perceived far beyond the borders of the diocese. The simple and clear formal language, the reduction on the essential, and the exceptional placing of the group of figures are captivating down to the present day.