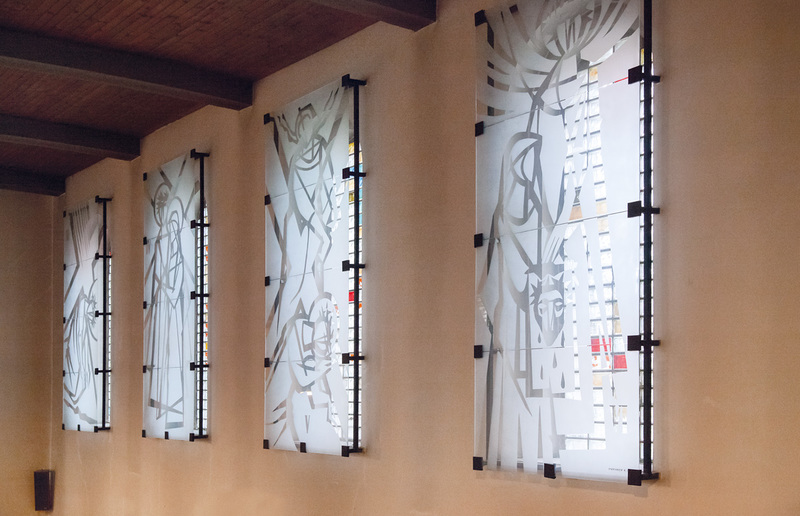 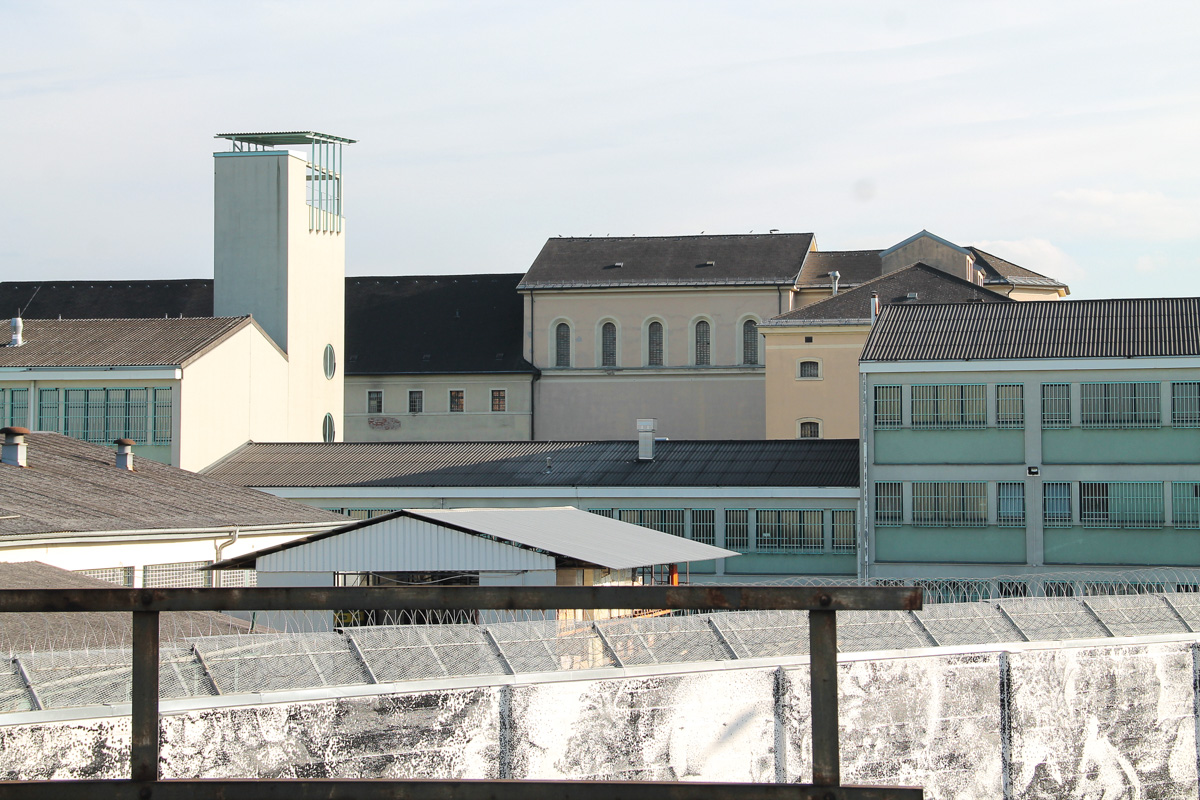 A Perspective on Life

The former maison de plaisance of Archduke Karl II had been used as a workhouse and then as barracks since 1769; since 1803, it has been used as a provincial prison. What is prominently visible from the outside is the three-winged structure of the blocks of cells, which was built from 1869 to 1872. The patron of the house chapel, which was built around the same time, is Saint Thomas. The extended space for the celebration of the Holy Mass was redesigned from 1967 to 1969. It is a large and plain hall with a flat ceiling and an adjoint sanctuary. The Graz-based artist Adolf Osterider (*1924) was commissioned to work out a concept. The historical paintings—Apostle Thomas, painted by Joseph Wonsidler in 1849, and two side altar paintings by Julius (?) Schmidt—were taken over from the original interior. Osterider placed a new artistic accent on the 14 windows, which are embedded in the walls like a frieze of light high above the floor and have the Franciscan Way of the Cross with its 14 images of suffering as their subject. The artist opted for a multi-layered visual solution. Square glass blocks were fitted into the window openings and form the background for the actual images of the Way of the Cross. The purely graphic representations of the 14 stations of the Passion of Christ can be found on glass panels which are installed inside behind the windows. They are surrounded by iron frames the fixings of which are shaped like nails—a reference to the nails with which Jesus was fixed to the cross. You have to take a close look at them to find and perceive the individual representations. The formative lines of the sketches appear as bare glass while the surface elements have been achieved by matte etching. The expressive power of the transparent image subjects is enhanced and accentuated by the translucent colours of deliberately placed individual glass blocks. Thereby, the colours were used allegorically: red to emphasise individual motives of the Passion and blue for the appearance of Mary in the associated stations in Christ’s story of suffering. A cross sculpture created by Adolf Osterider and Heide Osterider-Stibor continues the subject of suffering in the centre of the high altar wall with its warm-coloured rustic-style wall cladding made of conglomerate rock. The number of 14 Stations of the Cross can be found again in the number of indented fields this cross is composed of. The artistic design was realised by the prisoners themselves in the prison’s metal workshop. The Stations of the Cross on the windows of the church of the Karlau prison are an original artistic intervention. Osterider thematises the Passion of Christ in a film-like sequence against the background of colourful light. The foregrounded relentlessness of suffering, guilt, and captivity offers outlooks on a future new life.