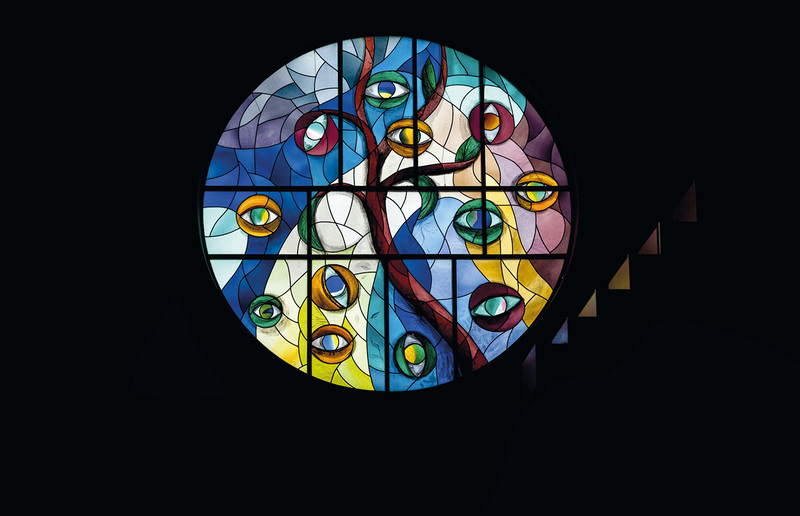 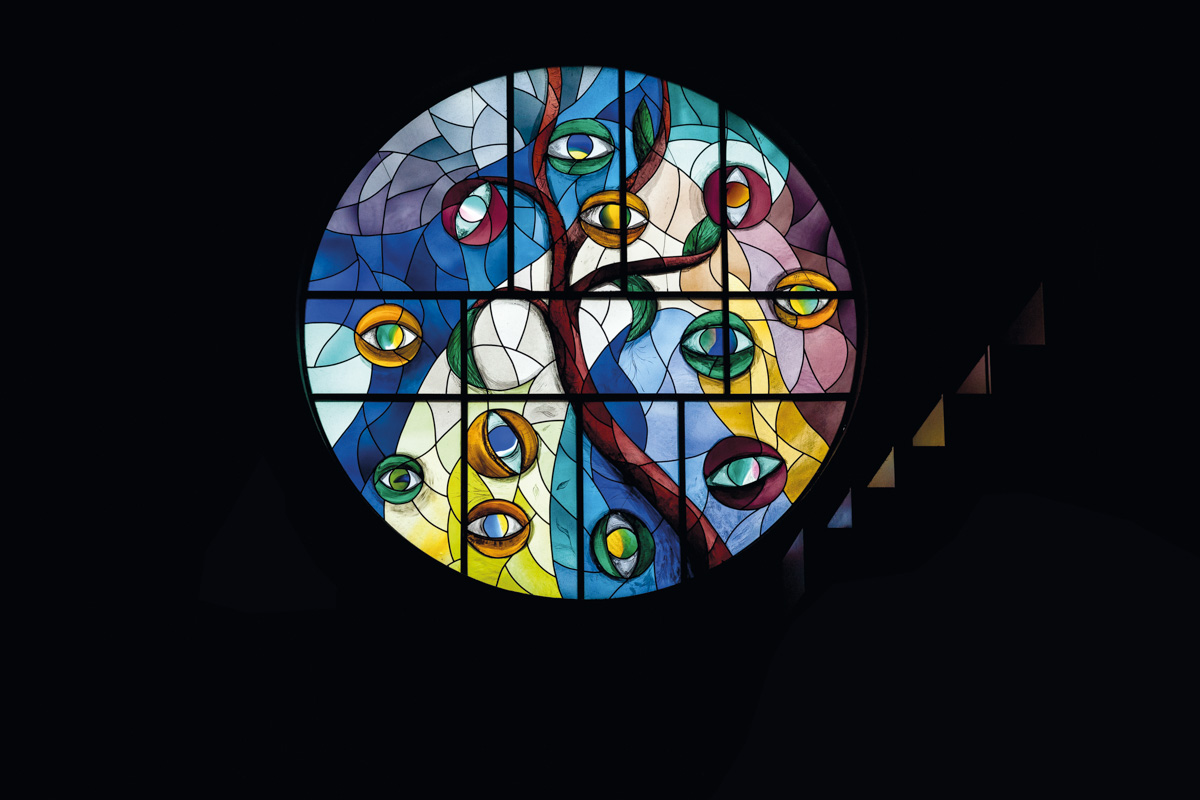 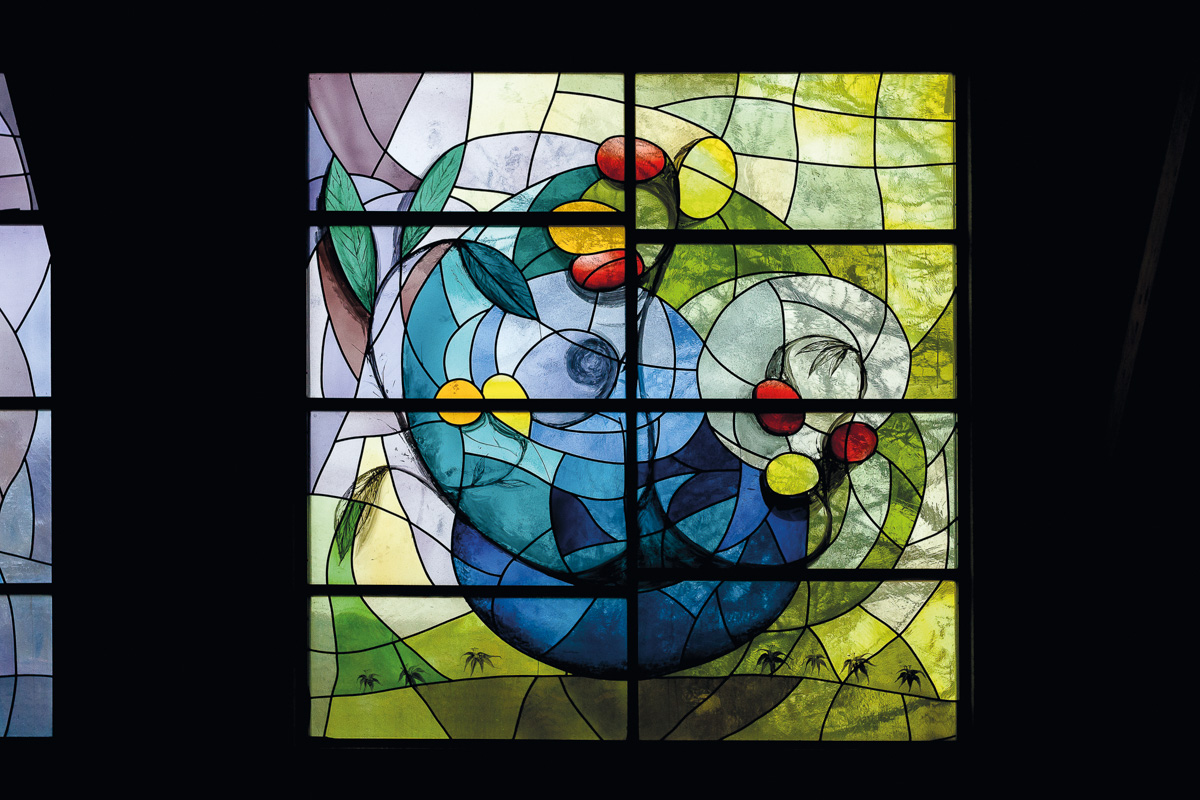 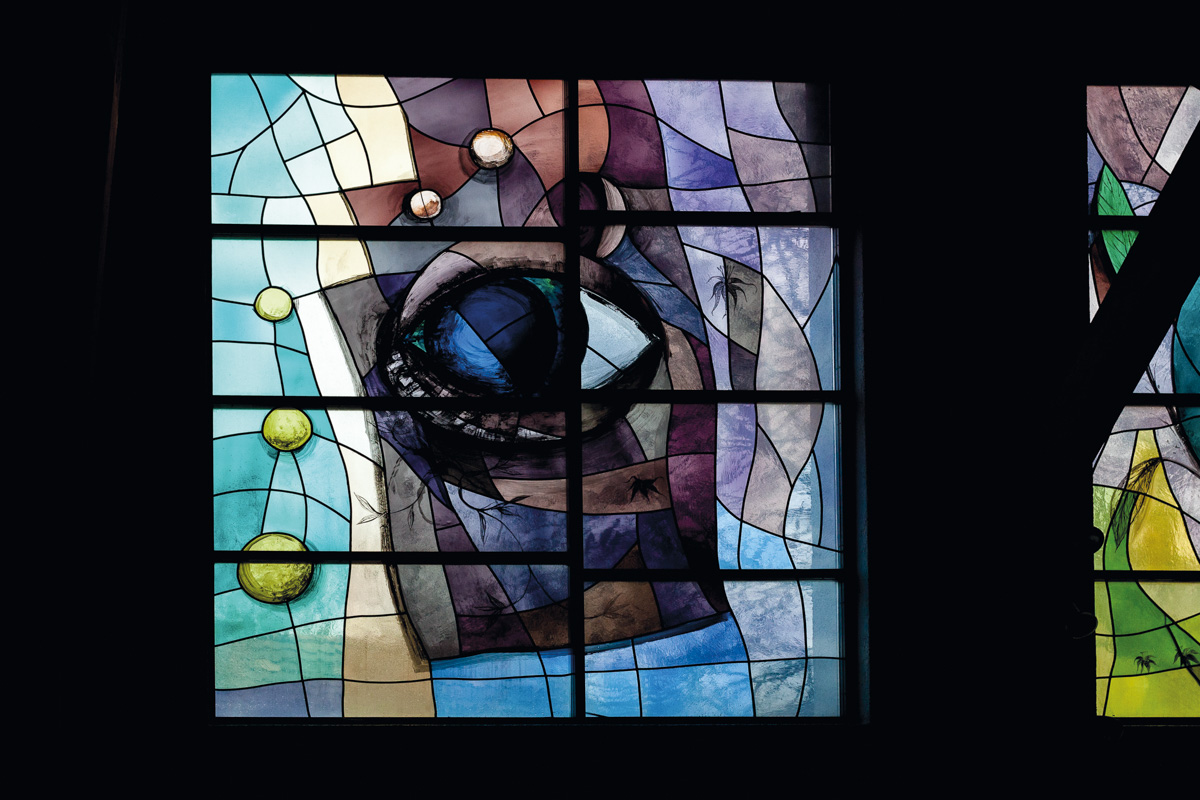 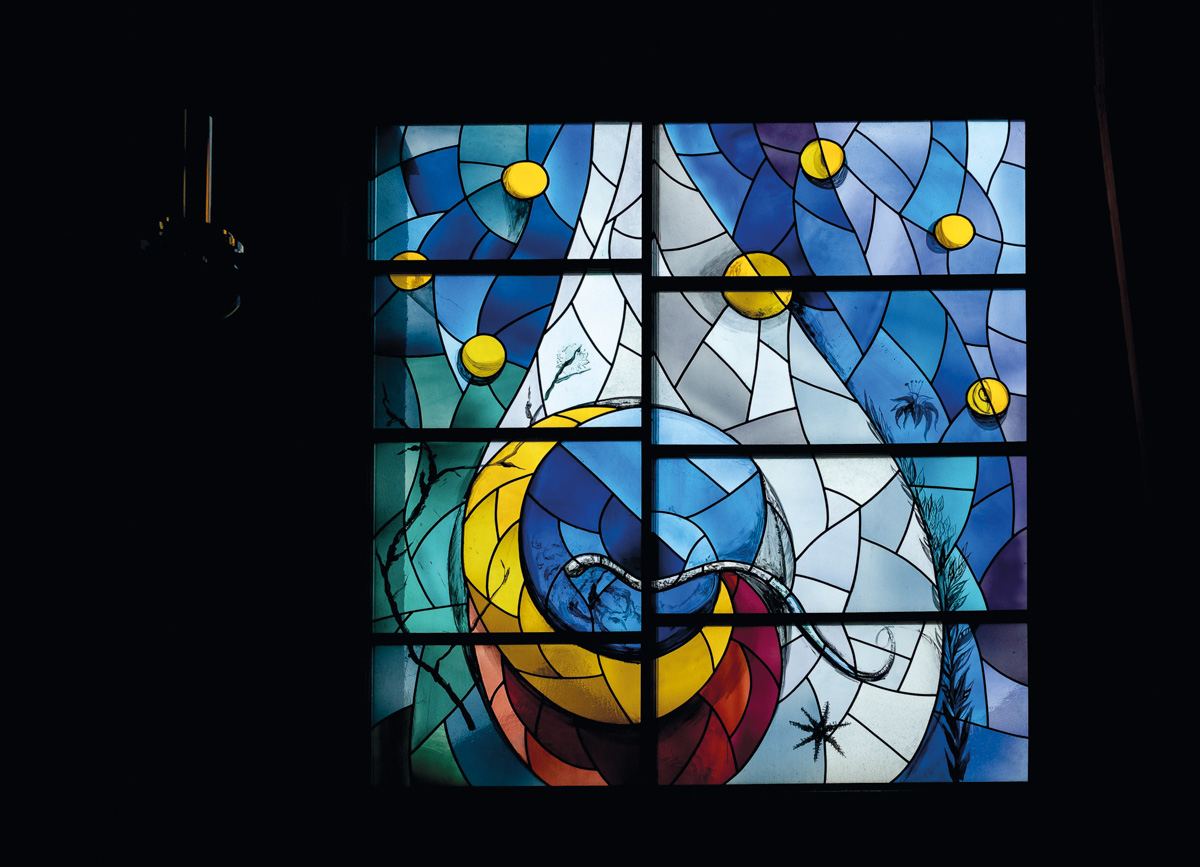 The parish church of Saint Paul in Graz-Liebenau is one of three churches that were built in this rapidly growing parish area in the second half of the 20th century. Until the parish church of Saint Paul was consecrated in 1987, a barack building served as a provisional church. The architect Reinhard Schöpf based the design of the new building on medieval construction forms by opting for the type of the three-naved church with a high central nave and low side aisles. An open truss on top of truss girders dominates the main space. In-between, there are five large square glass windows each with a dimension of three by three metres created by the artist Alois Mosbacher, which light out the long sides of the church as roof lights. The windows of the east wall are dedicated to Saint Paul, the ones of the west wall to Mary, Mother of God. The glass paintings of the two series correspond thematically—beginning with the Election, the series continues with the Baptism of Saint Paul and the Annunciation to Mary, Passion, dying, and Resurrection. The gable wall over the main entrance is dominated by a large round window that directs the light of noon to the altar zone. For the most part, circle or drop shapes take centre stages in the individual scenes of the paintings. They surround the central image subject like a protective shell. The colour sequences are employed as an expressive modulator of moods. Pain, suffering, and death are illustrated by dark colours with a large share of black graphic structures and contours. Divine ministry is expressed in light colours from broken shades of white to yellow. The share of graphic works prevails in the painterly oeuvre of Alois Mosbacher, who was born in 1954. Here too, in this cycle of works, he makes use of this stylistic device, mainly with vegetable elements that surround, embrace or affect the actual events. Designed nature as human living environment has high significance in Mosbacher’s works. Thereby, he does not expand on the representation of spatial contexts. Many times, the elements float in a universe that wants to allude to the transcendental. In the central round window, Mosbacher processes the subject of the tree of life, which is connected to the myth of Creation and forms the basis of the image of the world of many nations as a symbol of cosmic order, as an axis mundi. The crops of salvation are symbolised by the eyes of the twelve apostles who pass on Christian teaching.