Kreuzweg im Licht | Stations of the Cross in the Light 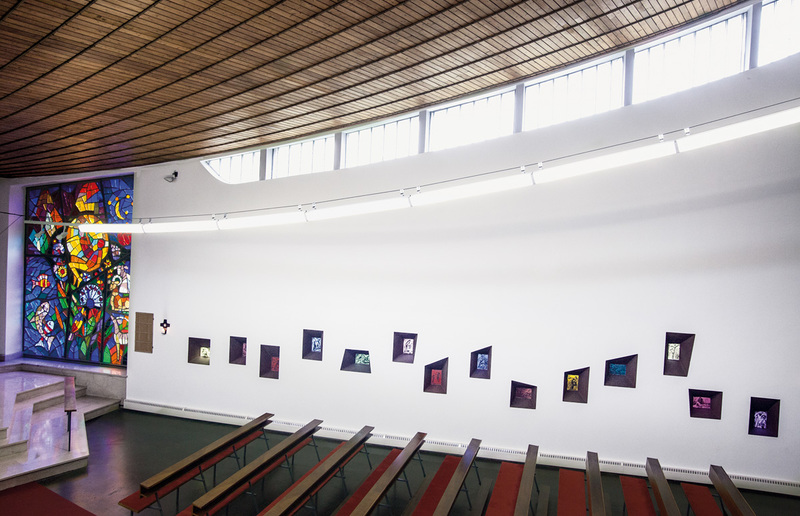 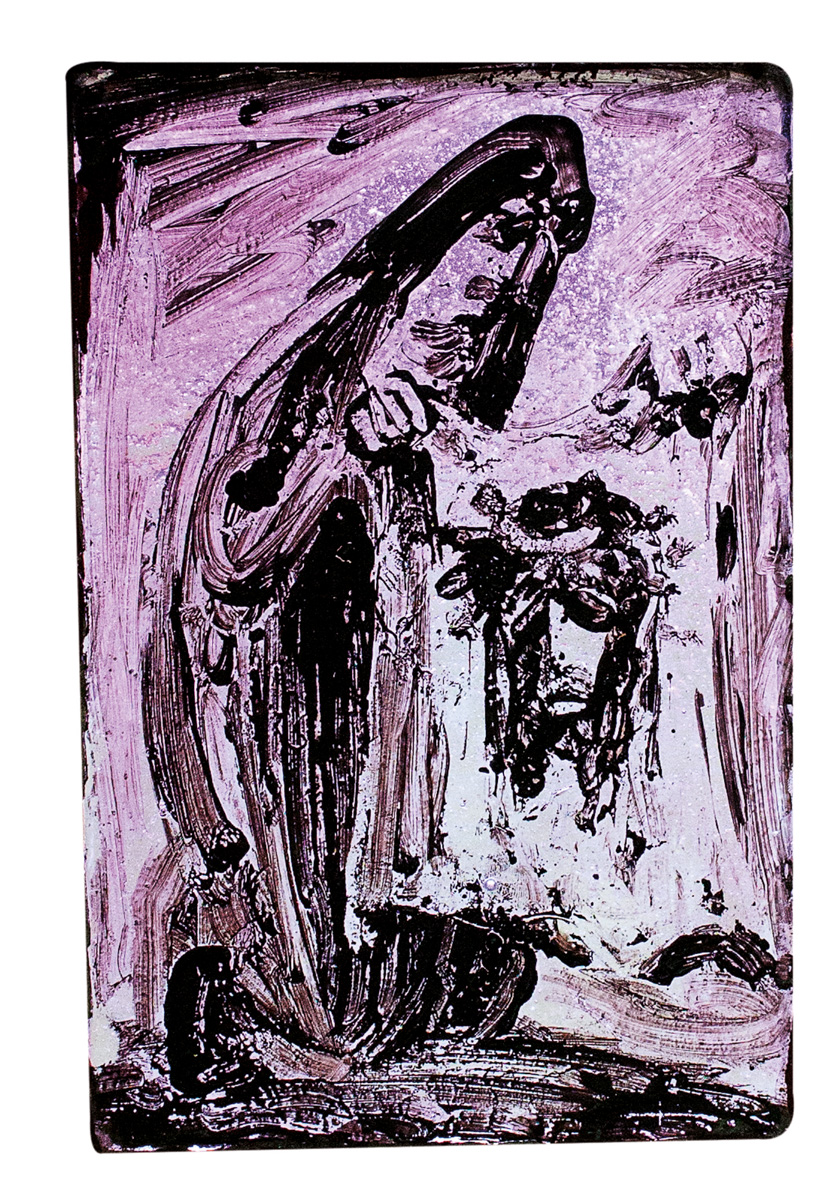 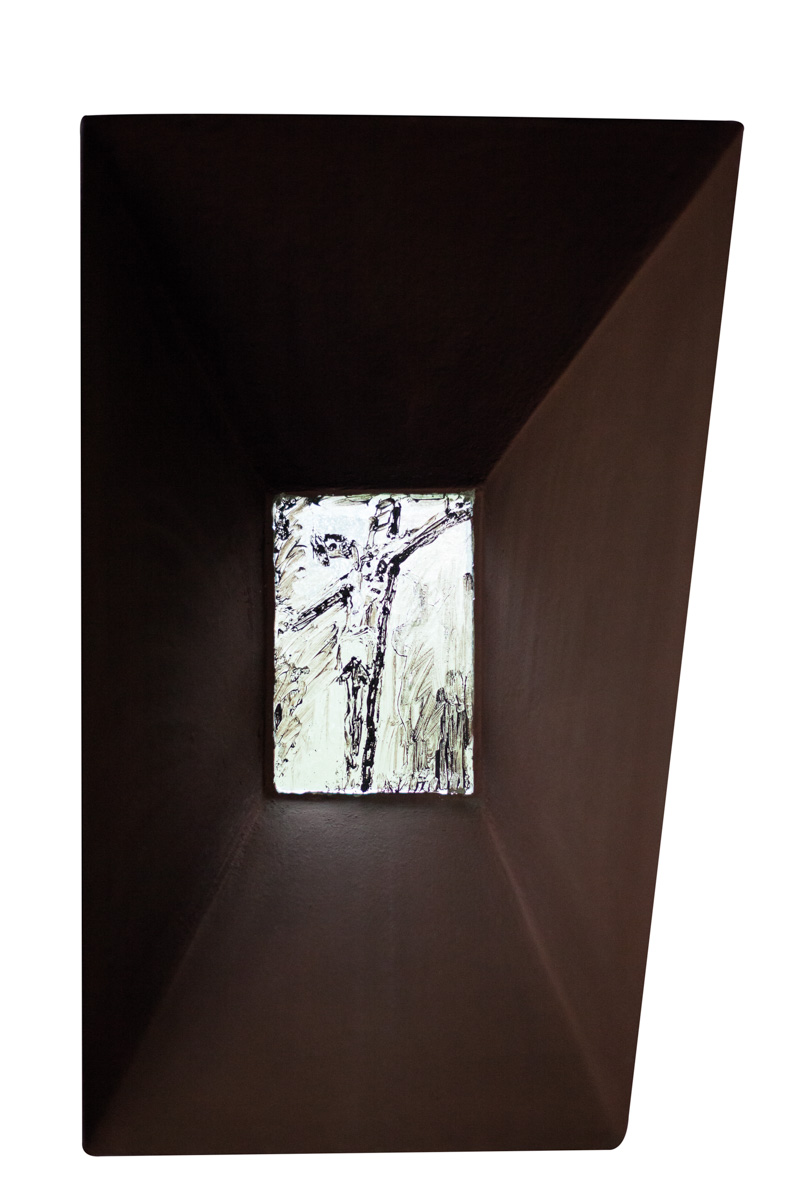 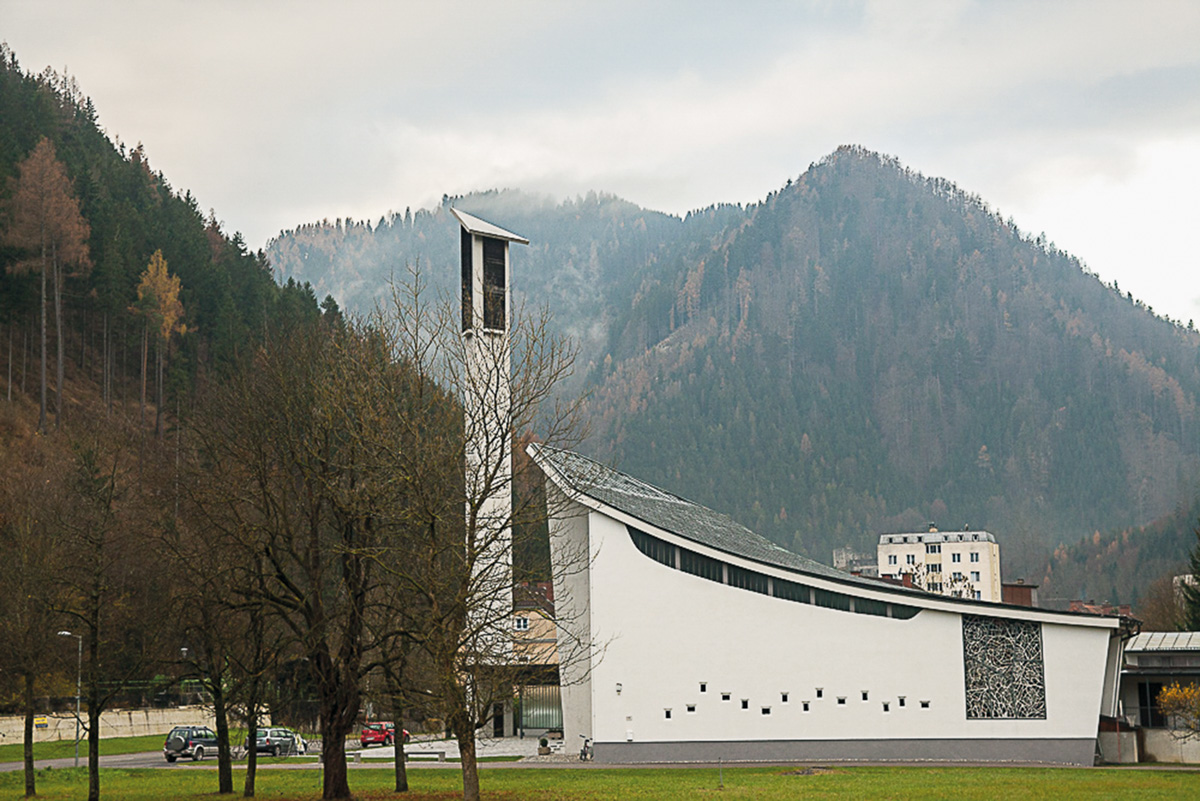 Stations of the Cross in the Light

Only a few months after the Constitution on the Sacred Liturgy of the Second Vatican Council had come into effect, the new parish church of The Most Holy Trinity was dedicated in a narrow valley of the Hammerherren community of Thörl on 21 June 1964. After World War II, the population development of this industrial location made the new building necessary. A simple building reminding of a tent with a freestanding tower was built in the formal language of the time based on plans by the architect Kurt Weber-Mzell. The stained glass windows that define the interior space have been designed by different artists. The small windows showing the fourteen Stations of the Cross which are embedded in the eastern wall irregularly and at different heights have a both distinct and extraordinary formal language. Here, the already then highly renowned artist Hans Fronius (1903–1988), who was, above all, known for his graphic works and book illustrations, turned to glass painting for the first time. The Stations of the Cross, which make the entire wall rhythmic and provide colour accents, are presented like the stations of a way with ups and downs. Each of the small window consists of monochromatic cathedral glass of different colour on which Fronius artistically interpreted one scene of the Stations of the Cross with black stain in his idiosyncratic reduced formal language. Dispensing with details, he condensed the representations on the window panes, which virtually seem to shine out of themselves in a both mystical and powerful manner, to form a universal human range of questions between suffering and death, and the hope for their overcoming. Two central scenes of the Stations of the Cross can be found at the highest points of the rising and falling line of images: the crucifixion and the image with the Veil of Veronica. The crucifixion is painted on the brightest glass panel of the series. In contrast to this, the scene with the sudarium lets soft red-violet light enter the church space. Both show death and suffering in expressive black stain painting on colourful glass but also bear witness to life and the overcoming of death. Veronica is kneeling devoutly and stricken in front of the veil and presents it to the viewers. Impressed of it is the face of the Man of Sorrows crowned with thorns. The expressive face of the Redeemer is surrounded by a bright glass surface. It encounters the viewer imbued with light. No abstract God appears in the blaze of light of the veil but one who experienced human suffering to the full extent. In this, he came close to us humans and became like us. The luminousness that emanates from his face also radiates around and envelopes the figure of Veronica. Only a few years before the church of Thörl was completed, the agnostic Le Corbusier had created a space that conveyed protection and reassurance with the pilgrimage church of Ronchamp in France, the windows of which, with motifs of Mary in the massively formulated wall, appear like views from a sheltering cave. Only cut a little deeper into the wall, the windows in Thörl created by Hans Fronius—who had studied Goya, Kubin, and Ensor—point into a different direction: They throw existential questions into the space, which are nevertheless transcended into the realm of the supernatural by the luminousness of the colourful window panes. The element of the question is not suspended through this but is only placed in a horizon under different signs.