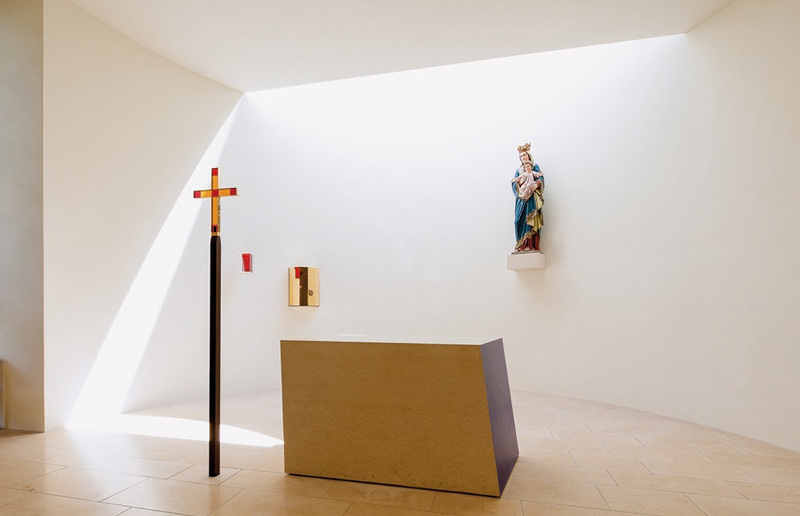 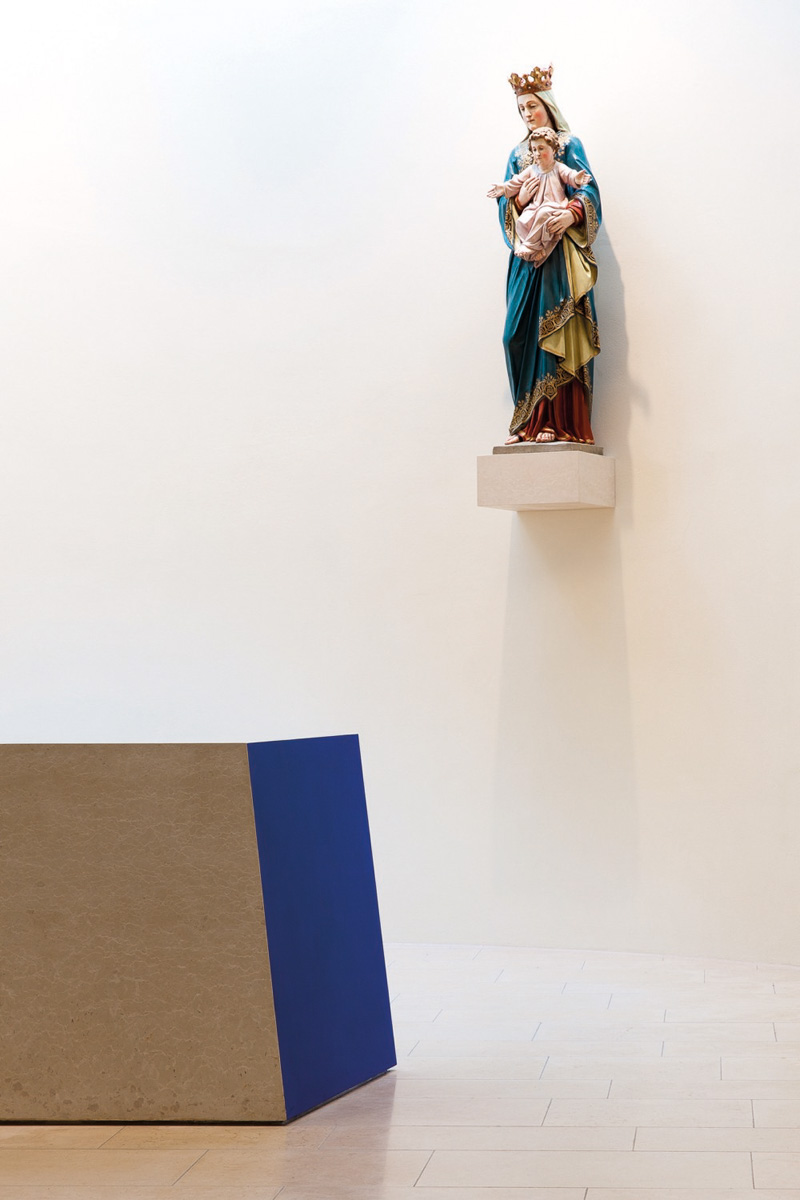 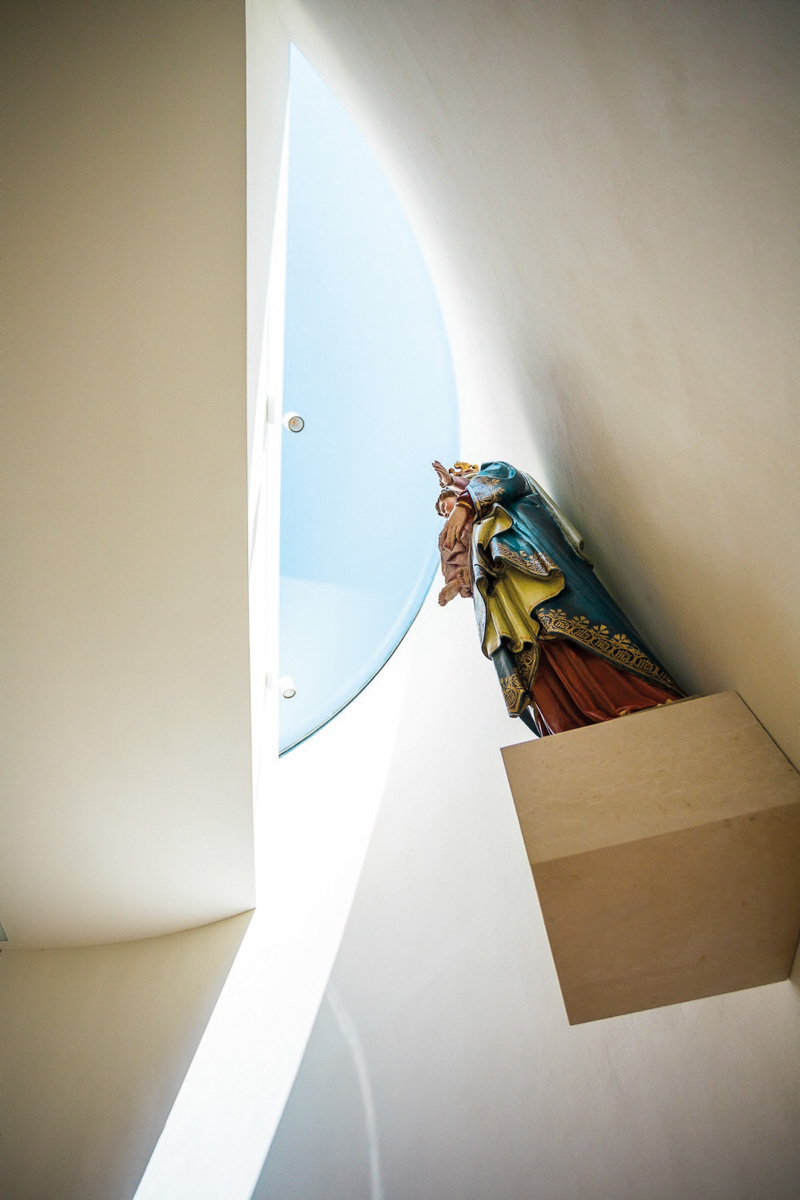 The starting point of the redesign of the parish church in east Styrian Paldau was a pilaster that blocked the view to the altar. The spatial structure, which had grown over centuries, was extended by a functionally designed hall space with an open truss in the 1970s because the Baroque nave with the Gothic presbytery had become too small for celebrating the Holy Mass. After in-depth discussions, the pilaster remained unchanged in the frame of the further redesign of the space in 2014. Yet the interior space of the church was markedly changed for the better by a both radical and sensitive intervention. To the surprise of his commissioners, who actually only intended a rearrangement of the altar zone, the architect Alfred Bramberger (*1954) turned the space 180 degrees, added an apse imbued with light to the south, and thus created a wellproportioned space for the celebration of the Holy Mass. The upward opening of the apse lets the daylight flood in directly and thus creates a natural focus on the altar wall. Side light slits, the arrangement of which takes up a historical local subject of architectural decoration, animate the circular structure of the apse through shadow accents changing depending on the daylight situation. The decoration has been created by the Düsseldorf-based Japanese artist Keiko Sadakane (*1948). She successfully conceived the altar, the ambo, the Easter candelabra, the tabernacle, the procession cross, and the windows as interrelated objects in a dialogical manner with her radically minimalistic formal language and thus charged the architecture of the entire space in a multifaceted manner without reducing it to one single semantic level. The artist had got in touch with Christianity in a convent school in Tokyo and was baptised. Spiritual aspects gained more and more importance in her artistic work. As a border crosser between cultures she deals with the artistic design tool of perspective, which is alien to traditional art in her native country, examining Piero della Francesca and other figures of Western art history. In the stone block of the altar, which is warped in perspective, this search movement is found translated into a sculpture which does not only bring to mind the rejected cornerstone that opens up new perspectives (1 Peter 2:7), but successfully makes the entire space more dynamic. The abstract and geometrical design of the windows takes up the paradoxical movement of the altar and seems to distribute what is condensed in the standing glass cross beside the altar across the entire space. Five ruby-red narrow stripes on yellow surfaces that bathe the interior space of the church in warm light remind of the stigmata, which combine suffering and opening to create new life. As an image which was relocated from the disassembled neo-Gothic high altar to the wall beside the celebration altar in the 1970s and was highly venerated by the congregation, the historical figure of the Madonna found a new place once again, and integrated into a meaningful system of relationships. In the viewing angle of the space for celebrating the Holy Mass, the open arms of the child announce the care of the divine for the human but, with the central standing cross and the windows of the nave, they can also be read as a reference to the event of the cross, which already begins in the incarnation.