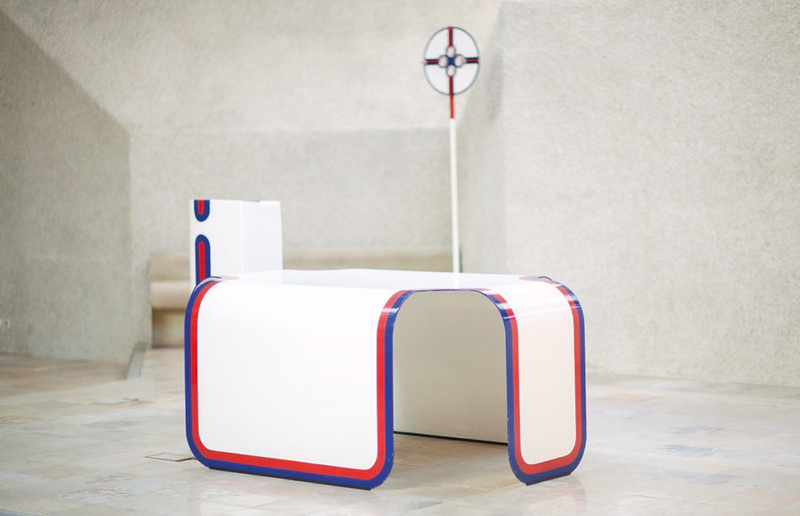 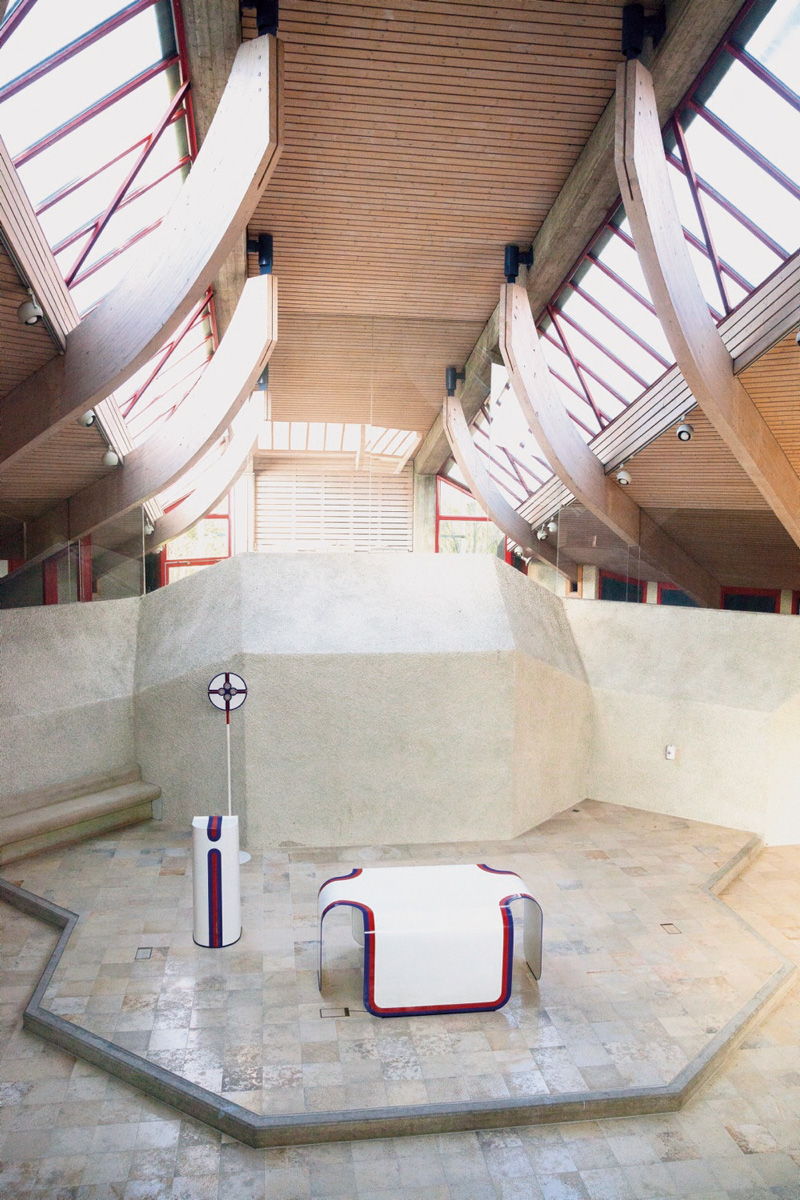 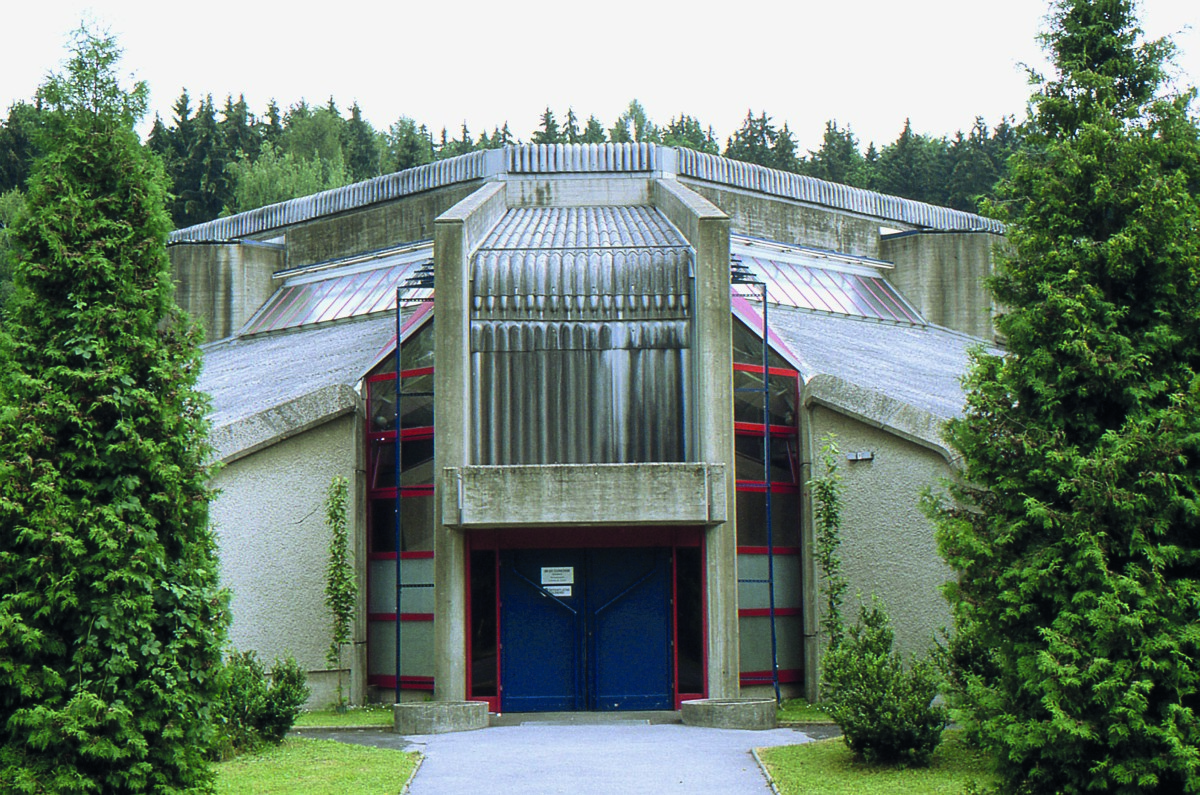 A provisional church for the pastoral care of the makeshift settlement in Graz-Kroisbach was established after World War II. On its location, today’s Annunciation parish church was built from 1971 to 1974 after plans by Wolfgang Kapfhammer (*1938) and Johannes Wegan (1939–2007). Following debates whether churches were also supposed to be multi-purpose spaces, it was decided to create a space exclusively for the celebration of the Holy Mass. Nevertheless, as the wall to the adjacent parish hall is easily removable, it can be extended for big occasions. Plain materials such as concrete, Eternit corrugated sheets, glass, and fitted carpet floor were used in order to symbolically include the living environment of the people. He deliberately waived any urge for altitude and prominent distinctive marks of a church—such as a tower or a cross. Nevertheless, the attitudes towards this question changed over time, so that it was “upgraded” with a stone floor instead of the fitted carpet floor, and a prominent cross in front of the entrance as well as a tower-like bell-gable with bells. With this, the building can also be recognised as a “church” from the outside now. The architect and artist Gerhard Lojen (1935–2005) was commissioned to design its interior space. Lojen was a member of the Graz Secession and co-founded the artists’ group Gruppe 77. He already made a name for himself as an artist in the late 1960s; his oeuvre is characterised by radical simplification, and precisely also by the consistent reduction of colours. He painted very reduced Stations of the Cross in powerful colours on the liftable door of the church which illustrate the Passion of Christ between sunrise and sunset. He designed the objects for the sacred act in an equally reduced manner: altar, ambo, and procession cross. White surfaces with red and blue stripes determine the design. The red stands for the fire of the Holy Spirit and for the blood of the martyrs, the blue for the loyalty of God, and the white for Resurrection. The altar table has been crafted from one piece of metal. The floor plan of the surface, which is arched downward on the four sides, follows the shape of a cross. Yet the processional cross is disc-shaped. Four polished rock crystals are inserted between the ends of the beams. They stand for the transformation of the stigmata of Christ and the perfection we hope for. In contrast to this, an unpolished rock crystal symbolising baby Jesus is lying in Mary’s lap in a nativity scene Brigitte Birkl has designed in an extremely simple and abstract manner. The church of Kroisbach is the lastingly valid attempt of taking into account the unadorned reality of our human existence in sacral architecture and decoration, and of doing without any aesthetical exaggeration for this reason. Kroisbach stands for radical simplicity, which unfolds its spiritual aspirations for the parish and all its guests.