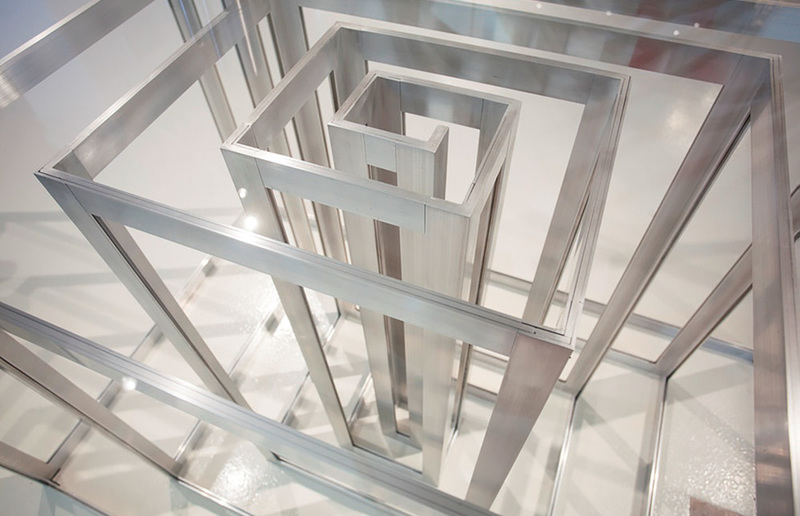 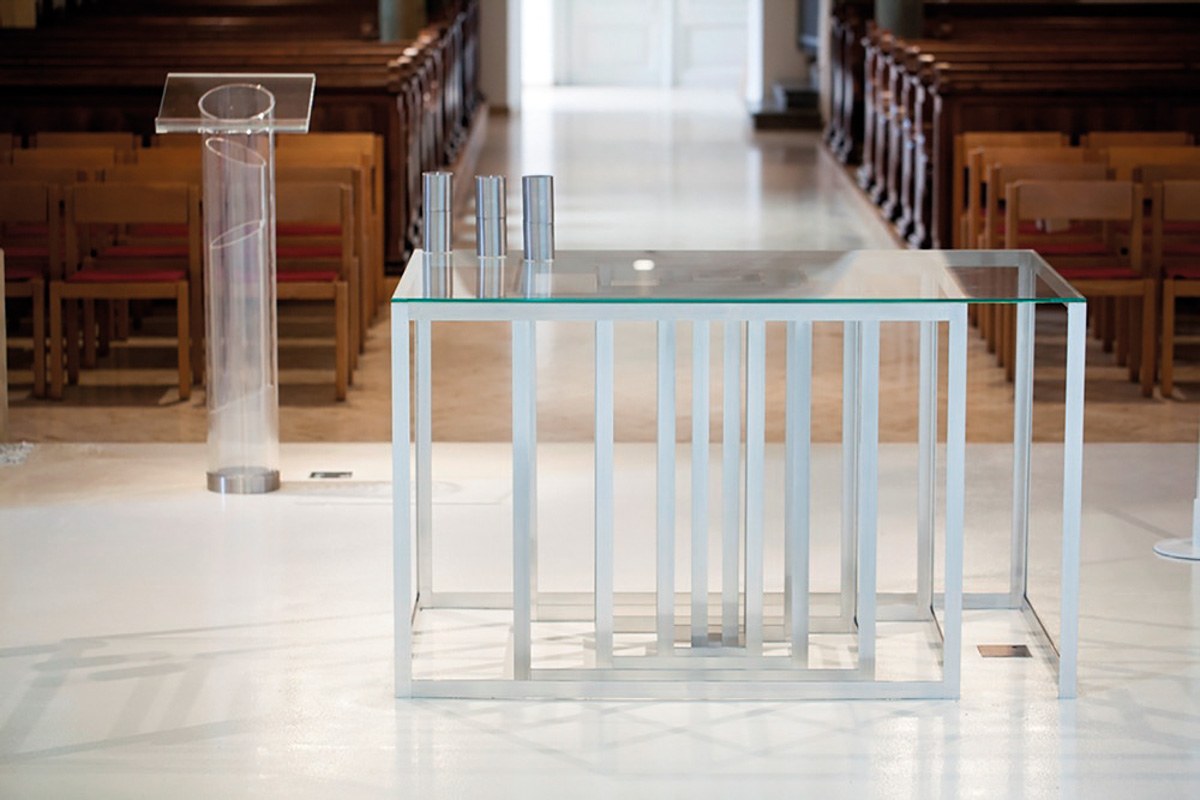 Existence in space and fathoming it out in different dimensions take centre stage in Markus Wilfling’s artistic work. In this vein, his examination of the historically grown interior space of the parish church in Hitzendorf was also the starting point of his considerations for the redesign of the altar zone. The central axis from the entrance to the high altar was to be reinforced and clarified; at the same time, a clearly discernible and palpable centre was to be created in the main altar, which had moved deeper into the nave now. Viewed from the nave, the front of the altar can be experienced as a rhythmised sequence of bright aluminium bars which seems like a threshold but remains permeable from every visual axis. When one comes closer, the bars carrying a glass panel do not only change their interrelationship in a lively and playful manner, but the altar sculpture becomes readable as a spiral line developed into the three-dimensional space. With the image of the spiral, the artist takes up an archaic sign, an ancient symbol of life in different cultures. It interconnects inward condensation and outward expansion; ultimately, it is unlimited in both directions and stands for lively development which does not result in circular repetition but in always new things, yet always remaining related to a dynamic centre. With the aluminium design, the artist deliberately uses a material of our time which is primarily used in the industrial and everyday world. The artist designed the ambo as a lucid bearing medium for the word of God which takes up and plays on the pulsation of the altar in a different material. He interlinks four slanted acrylic glass tubes nested inside each other, which remind of scrolls and the Gospels to form communicating vessels, which dynamically change their formal interrelationship and the effect of their presence to the outside into the space depending on the lighting situation and the position of the viewer.