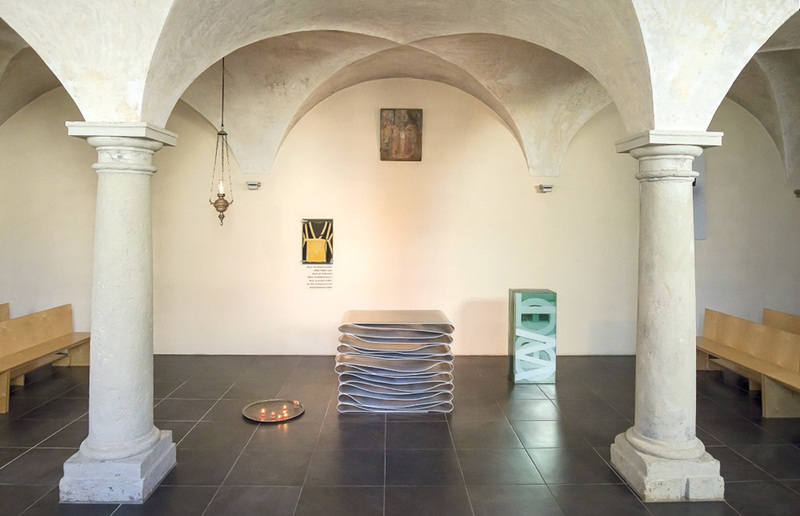 "The traceable fluid shape forms a surprisingly consistent body which conveys power and tenderness at the same time." 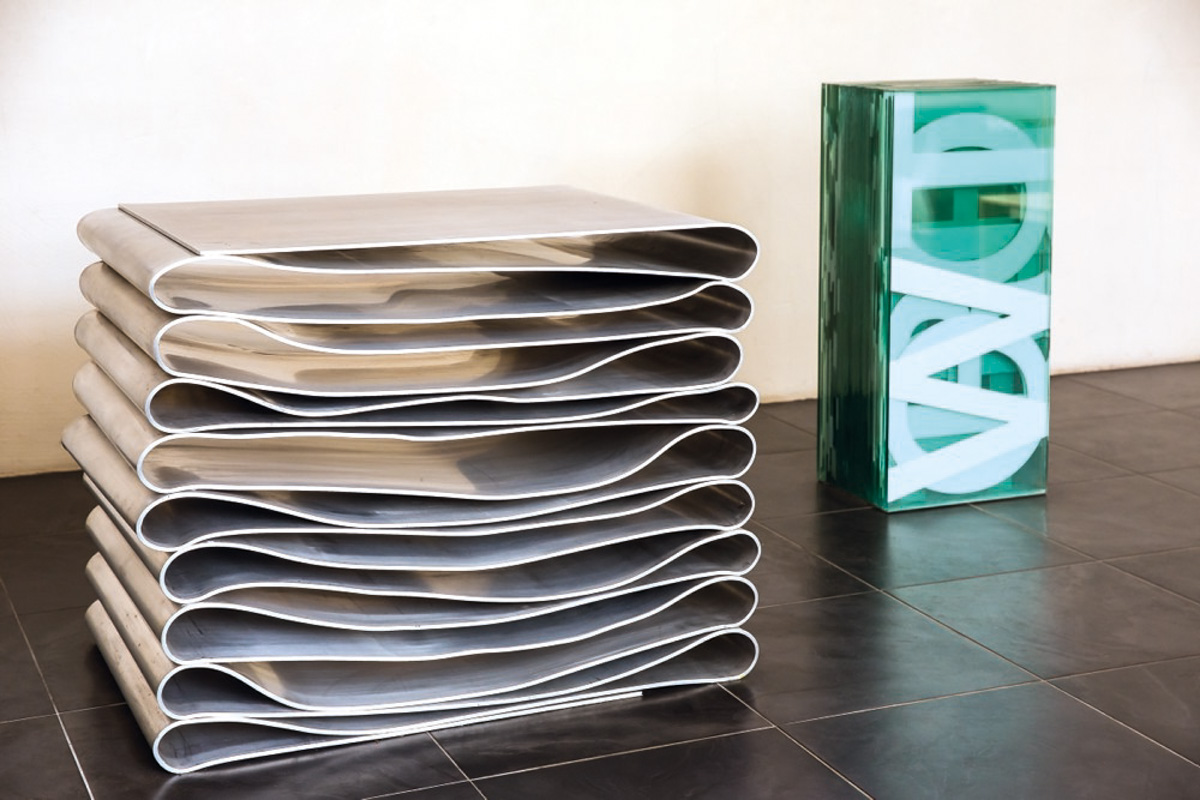 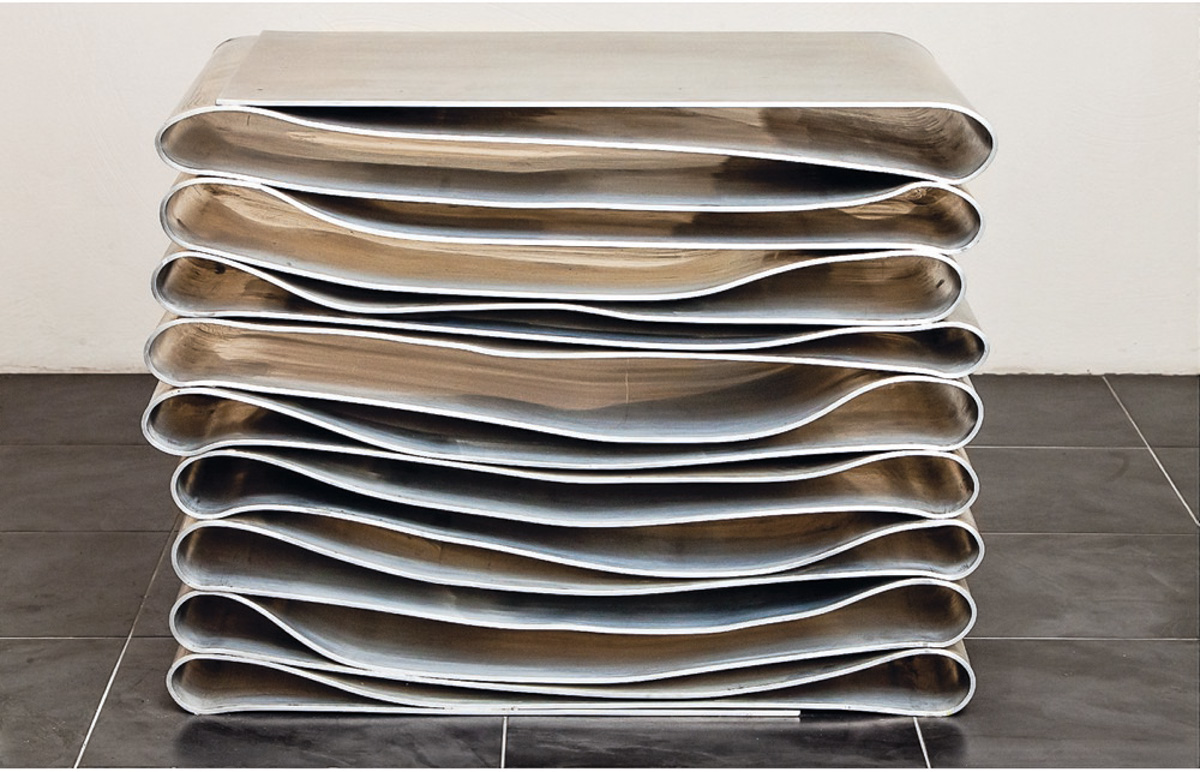 The Saint Dominic Chapel next to the St. Andrä Church, which was built in 2004, has proved to be an especially attractive place for both art and God seekers. A few steps lead down onto the former level of the monastery grounds of the Black Friars of Graz, which was closed down in 1807. The space divided by three yokes and covered by a groined vault was the sacristy, which was built in 1659. A large washbasin still gives proof of this original use, for about 40 padres in the heyday of the convent. The precious room has only been used as a depot for almost two centuries. The altar, the ambo, and the tabernacle by Michael Kienzer (*1962) make for a fascinating centre of the chapel. The altar block is built up in several layers on a broad aluminium ribbon that is folded like a long soft cloth. The traceable fluid shape forms a surprisingly consistent body which conveys power and tenderness at the same time. Contextually, a reference to both the strips of cloth of Bethlehem and the cloth that was still lying in its place, separate from the linen, in the empty tomb after Christ’s Resurrection. Both associations with the two significant textiles of the Gospel refer to the real presence of Jesus in the celebration of the Holy Communion—as the incarnate and the risen one. The principle of layering also defines the ambo sculpture. Kienzer has “stored” six words between the transparent glass panels. God, word, flesh, time, space, and memory. None of the words integrated into the glass block can really be read like a bold and simple priestly application. The terms chosen rather form the inner spiritual substance and define the object as an ambo. This “memory of words” determines the place for the recitation of the sacred texts; moreover, it is also a condensed message in itself. The gospel of the incarnation of God, as hymnically put down in writing in John’s Gospel (John 1), is systematically summarised in the words used. The word of God has become flesh and has lived among us—under the conditions of space and time. Through commemorative annunciation, it comes to life in the community of the listening. The tabernacle is no object-shaped shrine for the sanctum but a spatial recess in the wall of the chapel. In this “side wound of the architecture”—an allusion to the wound in the side of Jesus’ chest?—the most precious is stored and presented to the believers so that they can pray to it. The protecting door is a flat glass cabinet that holds an old black and golden chasuble. It provides a hidden hint at the original priest who is present in the bread of the Holy Communion. Thus it is an abstract image of Christ between death and eternal life. The room does not only encourage private prayer but also meets the requirements for liturgical places for small groups and communities.