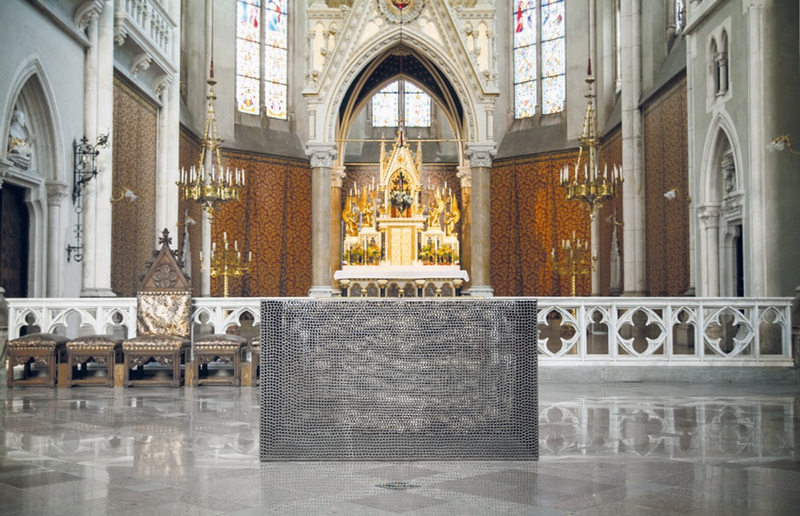 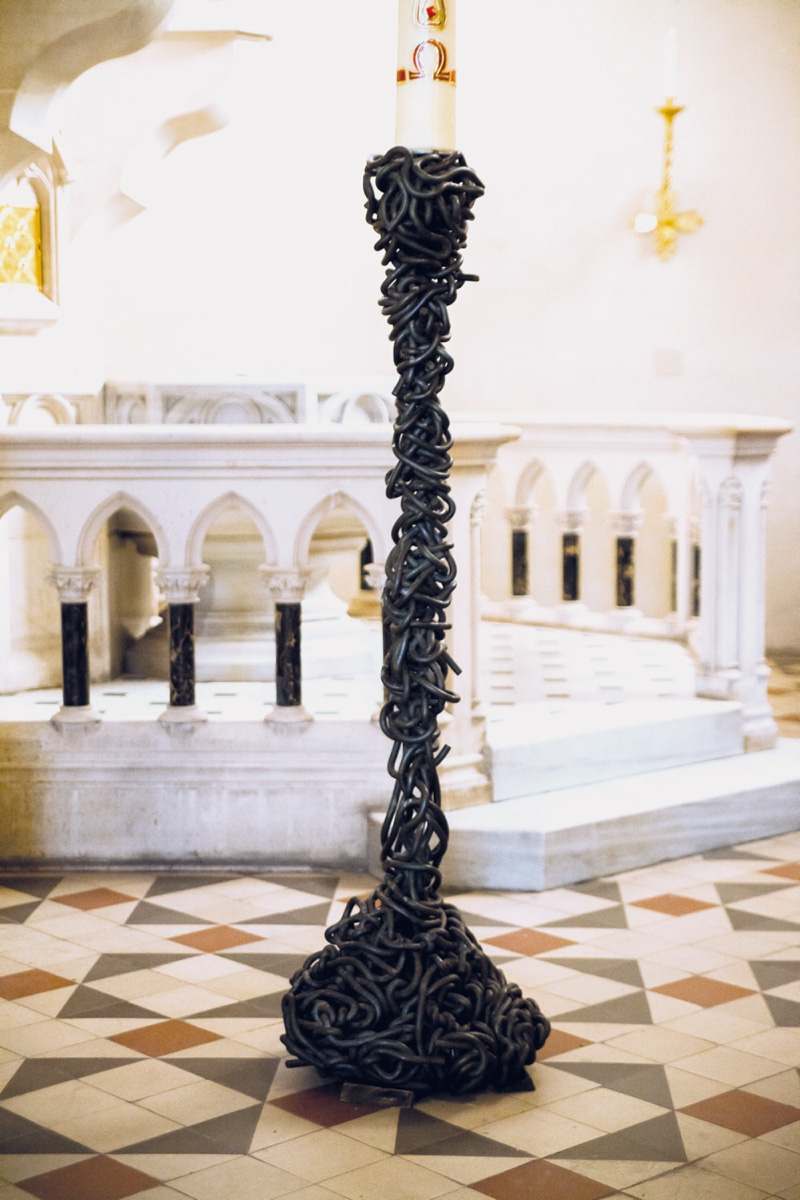 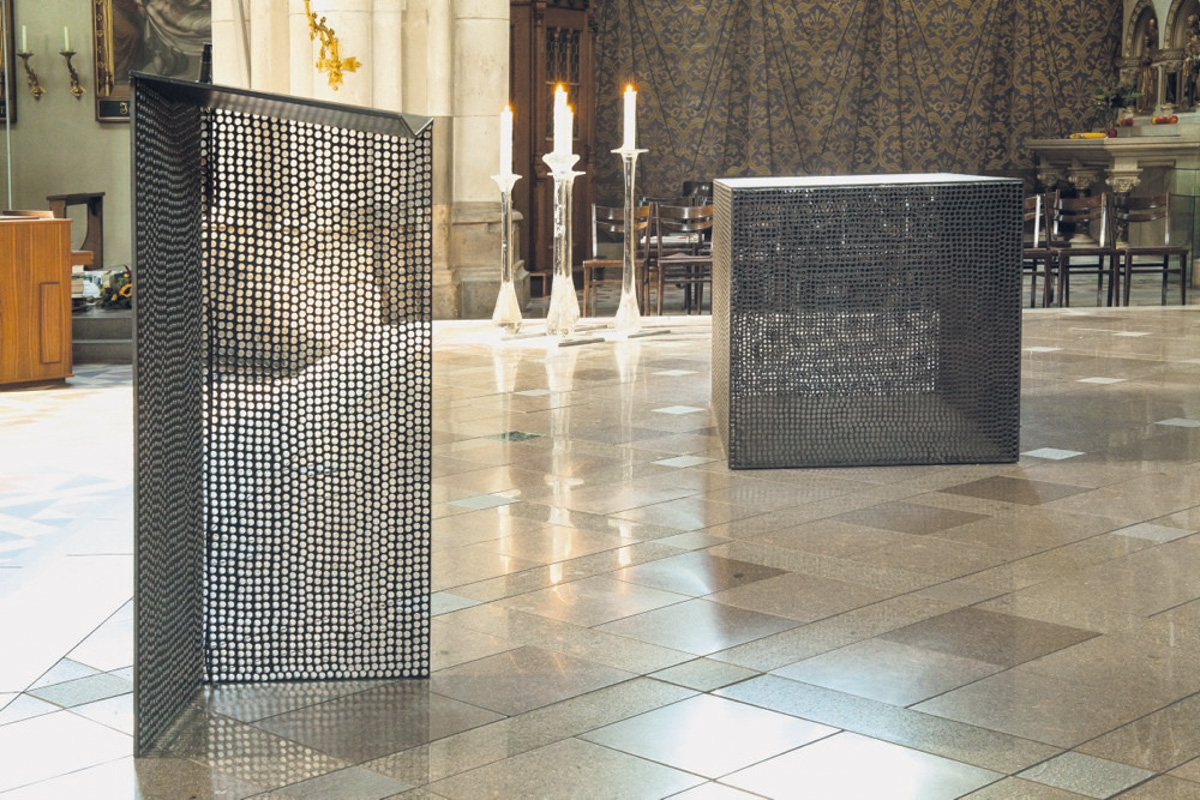 The centenary of the most important church of historicism in Graz, the Herz Jesu Church (Church of the Sacred Heart), in 1991 was the occasion for a large-scale restoration and renewal of the liturgical zone. What was special about this church was the fact that it had not been changed at all since it had been built and thus every intervention just had to be viewed very critically. The architect Heinrich Tritthart conceived a reversible podium made of steel with a surface of stone slabs for the design of a liturgical zone closer to the congregation. The west Styrian artist Gustav Troger, who was born in 1951, created the altar, the ambo, and the candle holder. The altar consists of a cuboid made of welded steel panels with a matte surface sheen. The artist manually perforated the side surfaces by drilling holes. Due to the manual work there is a certain degree of irregularity in the arrangement which gives the object its uniqueness. The ambo too has a similar basic shape, only the rest surface for the book shows a slight bend. In a process that lasted for several years, and examining Dadaism, Surrealism, and pop art, Troger developed a large number of artworks dealing with the identity of objects and humans. Initially, he disassembled the steles, cubes, and figures into individual parts. At a later stage, he broke them up or dissolved them, like in a series of perforated ready-mades. So the material was alienated and closed surfaces were violated. Troger staged an interplay of inside and outside with the liturgical objects: He transferred the play of bright and dark, light and shadow, from painting. He broke up the heavy, closed, and cold metal block, brought movement and light into its interior, and thus created transparency and lightness. Yet at the same time, the opening of the cuboid must also be understood as a reference to its vulnerability, as a reference to the wound of the Sacred Heart. Troger chose steel as the basic material of his design because steel—just like the bread and the wine of the Holy Communion—is a product of the earth that must be refined to acquire highest quality. The view of hidden things, transparency, gets an additional communicative level of meaning in his work. The openness of the body intensifies the interaction between the priest and the congregation. Movements and light reflections create vibrations and dissolve the altar. The four candle holders Troger installed in the altar zone transfer these metamorphoses into the material of glass. In the Easter candelabra conceived by Gustav Troger, the rigid steel wire is visually shaped into a soft and apparently flexible shape by coiling. In addition, this impression is even reinforced in the object through the flexibility of the shaft. Visual impression and materiality contradict each other.