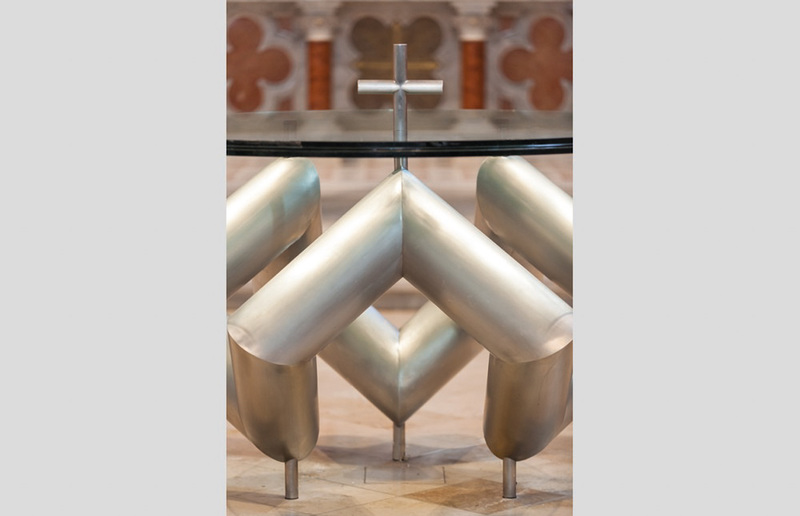 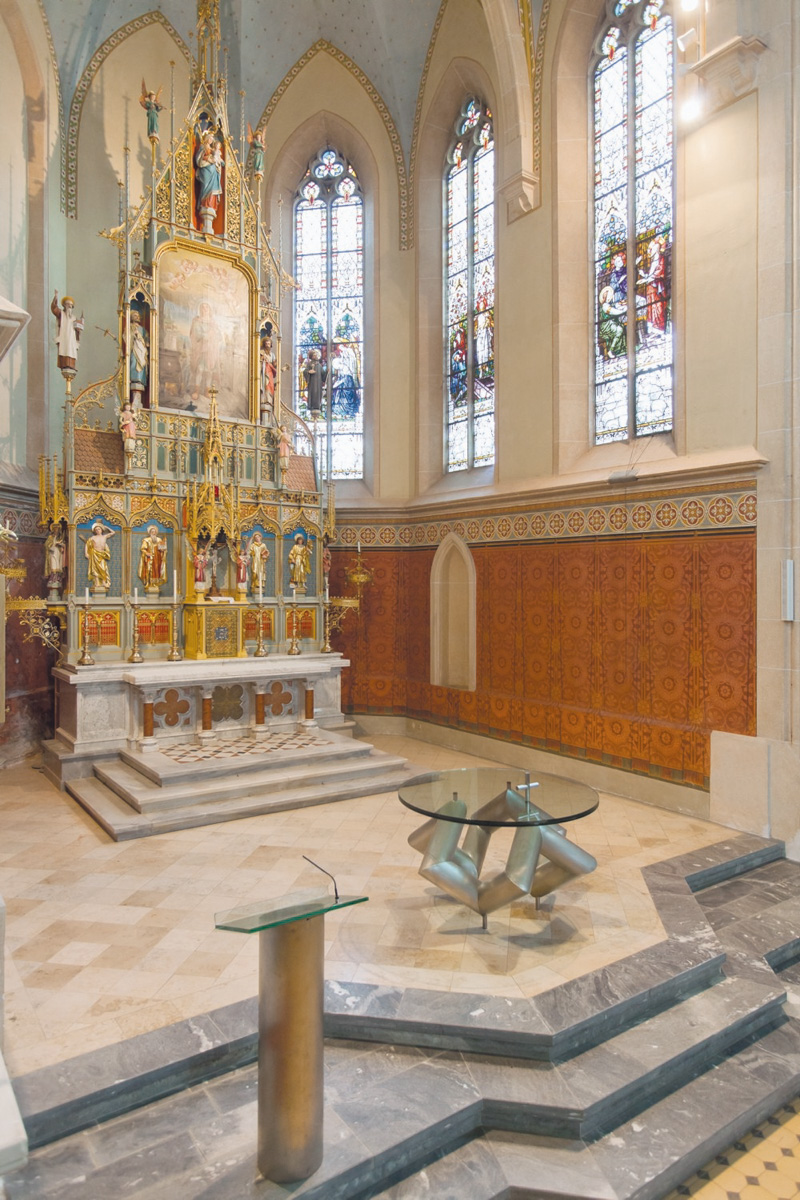 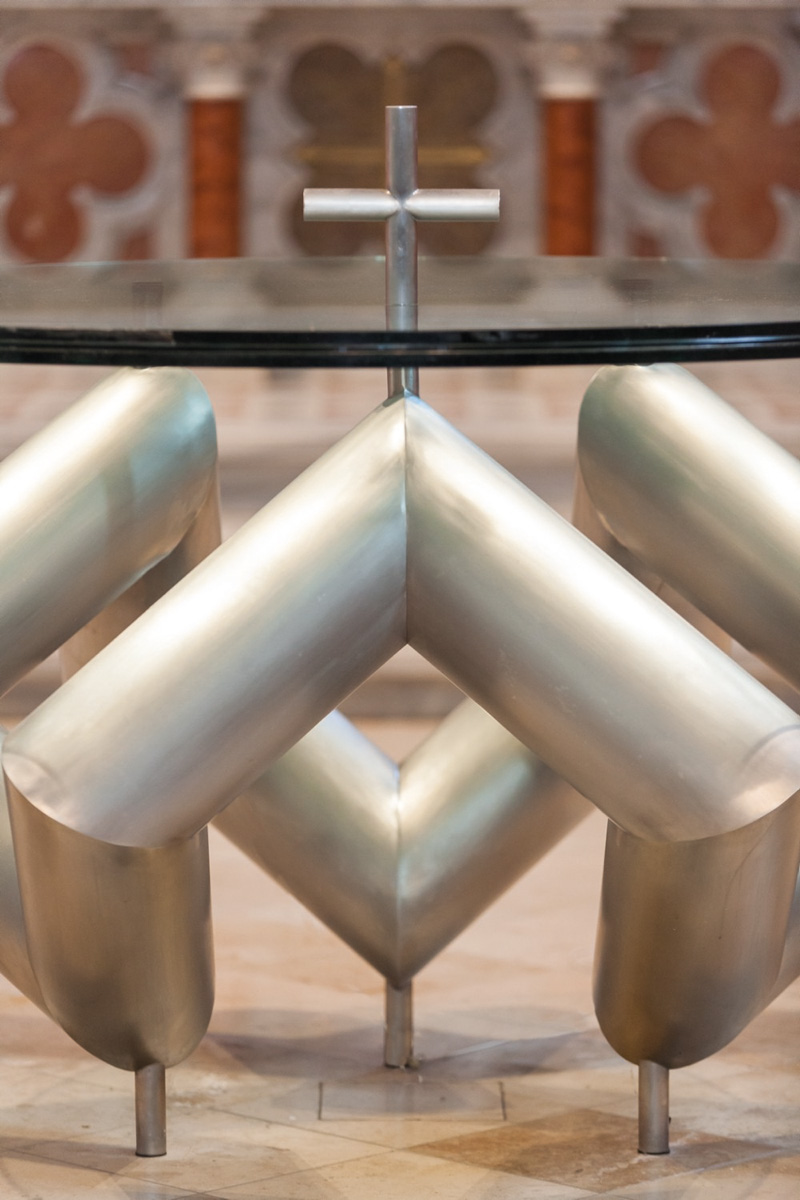 The so-called Old Church and the New Church constitute the parish church of Weißkirchen today. The Old Church consists of a Romanesque ground floor of the tower of the choir, and the choir of a newer building from the late Gothic period, and has grown together with the New Church, which was built in 1903/04. The Grazbased sculptor Kurt Stadler (*1962) designed the main altar, the ambo, and the sessio as a formal unity for this large church with an opulent interior in the style of Gothic Revival. Taking into account the height of the sanctuary and the neo-Gothic high altar, the main altar is grounded by a base made of metal cylinders; on top of them, there is—virtually floating—the circular mensa panel made of glass. The infinite loop of the substructure composed of matte polished steel tubes which is bent towards the inside and the outside appears like a powerful six-pointed crown which touches the floor with three prongs, and supports the altar panel with the other three. Numerical symbolism, proportional relationships, formal associations, but also the choice of materials make up complex contexts which form the basis for Kurt Stadler’s designs. The idea of spirituality and the divine corresponds to the absolute form of the circle and the transparency of glass. The number three and the triangle, which cannot be grasped in a material sense but can be experienced spatially, underscore this reference. The shape of the crown reminds of both Christ’s crown of thorns and Christ the King, and of the kingdom of the people of Israel, which was founded by David. The prongs of the crown can be perceived as the points of a Star of David bent upwards and downwards, which must be imagined and added spatially. The twelve cylinders which, welded together, form an infinite loop that bears the mensa, refer to the apostles. Stainless steel as the material selected takes up the tradition of the ironworking industry of the region. The round shape of the main altar defines a new centre in the choir. This centralisation is underlined by the lateral arrangement of the sessio—five low and deliberately commensurate steel cylinders follow the curvature of a circle. In the choice of materials—steel and glass—, the clear cylinder of the ambo corresponds to the main altar. It stands at the level of the side altars and links the sanctuary to the nave. Kurt Stadler’s consistent design sets a counterpoint to the neo-Gothic space; it contrasts it, but takes this space into consideration, and redefines it.