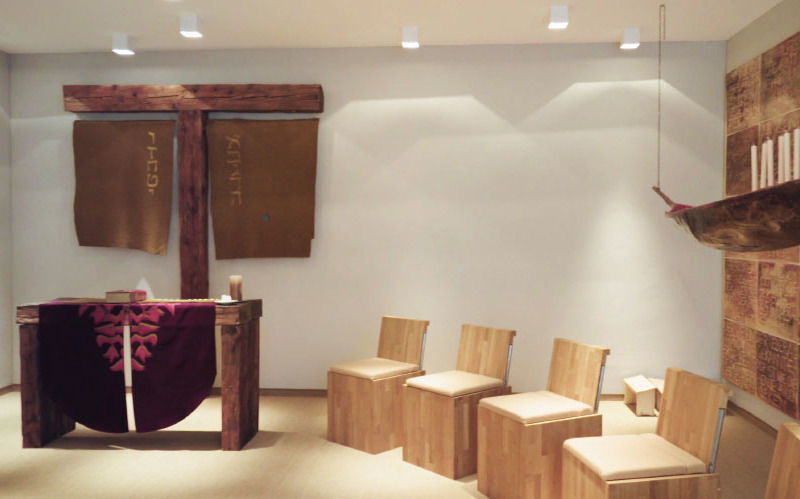 New Altars and Ambos: The Reform of the Liturgy in the Frame of the Second Vatican Council

The liturgical reform of the Second Vatican Council (1962–65) marked a profound change in the understanding of space for artistic design: The high altar, which has been declinated into many artistic possibilities, has been stripped of its previous function—new, circumventable celebration altars are now set up as temporary altars in a very short time. In addition, the ambo, often a simple reading desk at the beginning, comes into play as a new liturgical piece of equipment for the celebration of the Word of God. From the 1980s, refreshingly visionary and diverse artistic solutions have emerged in the Diocese of Graz-Seckau. They were supervised by the Liturgy and Art Commission. Altar and ambo were more and more seen as sculptures— with their own design principles of material, form and symbolism. Gustav Troger, for example, drilled through thousands of iron plates in the Church of the Sacred Heart of Jesus, Graz. In Kapfenberg, Fritz Panzer sketched a cube into the church space. A colourful carpet by Hubert Schmalix flows under a concrete altar in the Baroque Weizberg Basilica.