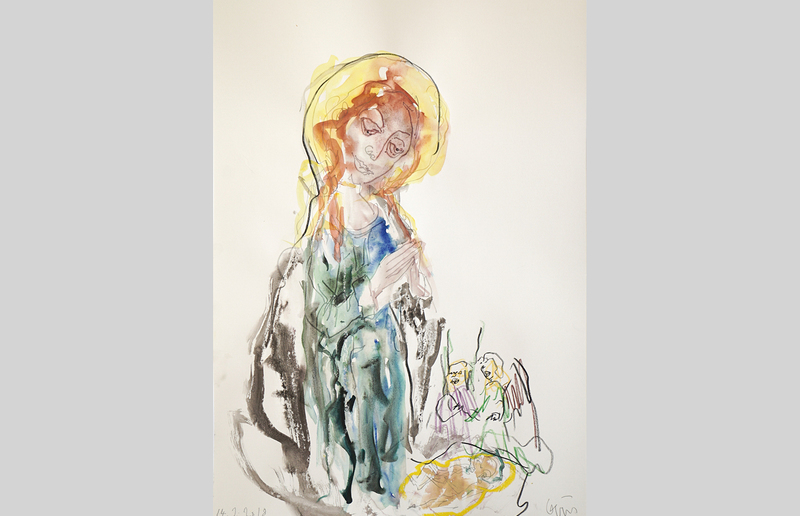 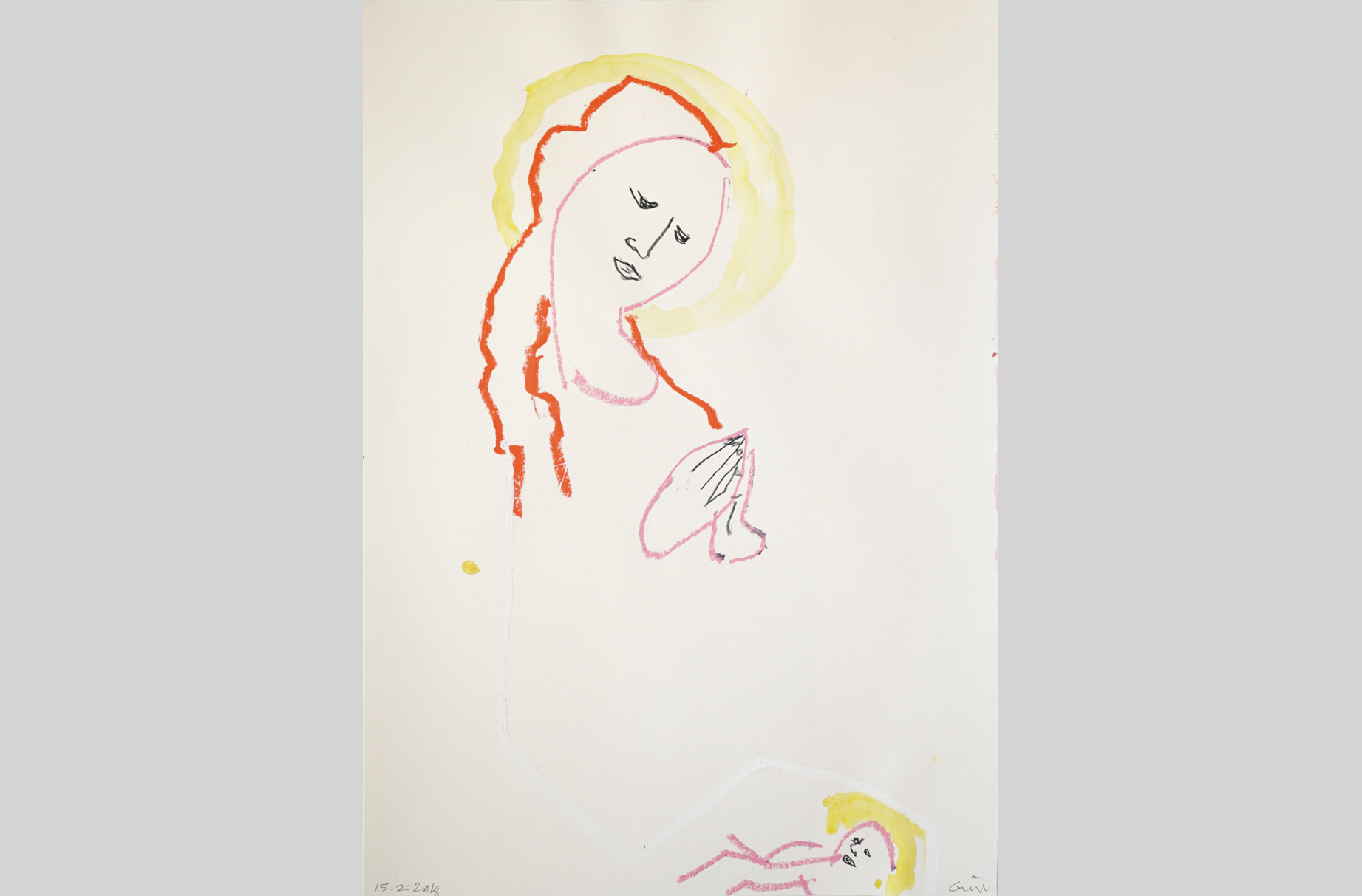 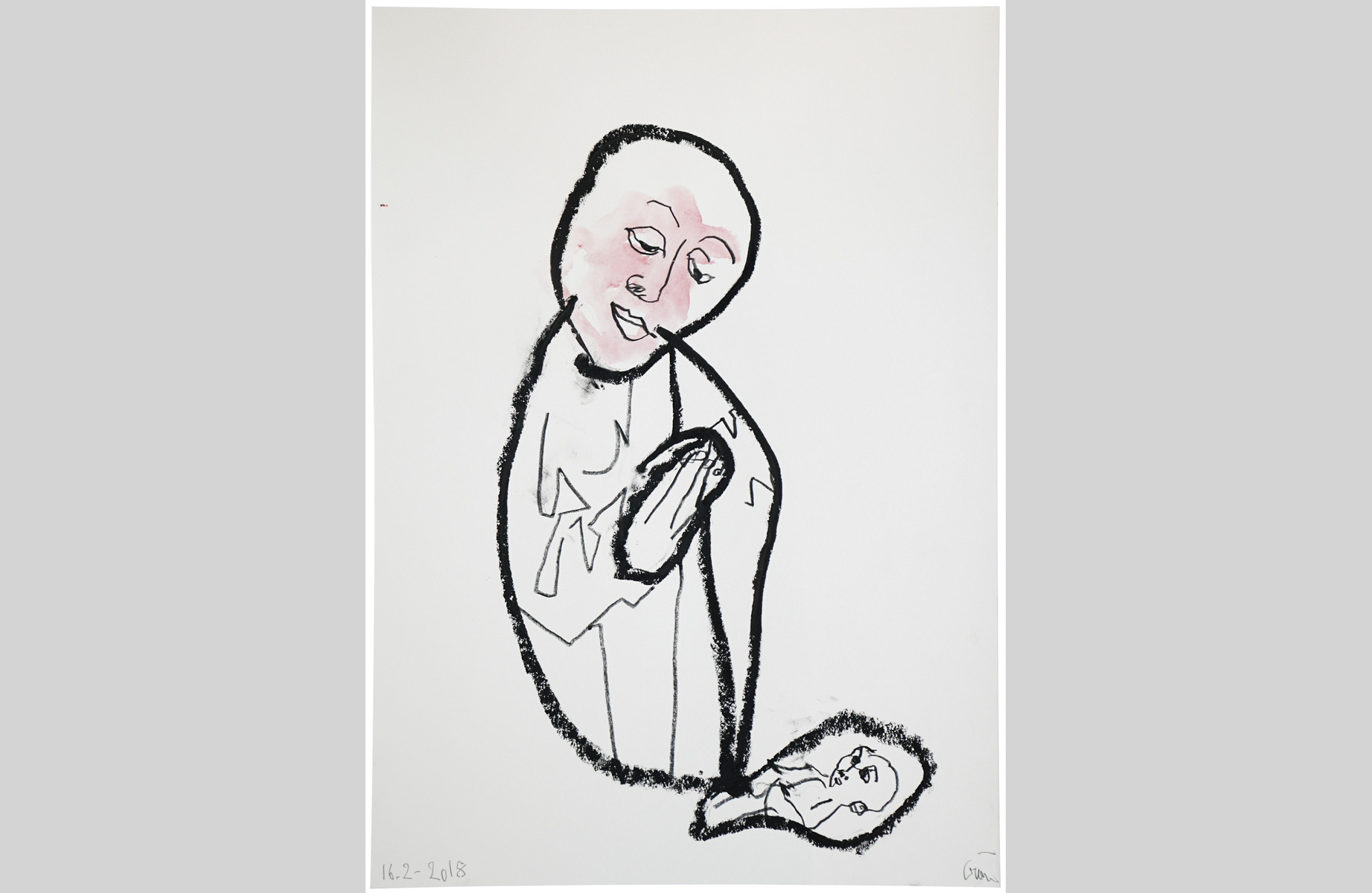 The Berlin-based French artist Guillaume Bruère draws figures primarily from medieval Christian art, which have to deliver a feverish, emotional “aggiornamento"and, thus, represent a new creation: “I am there, and it paints within me,” he says about the act of painting in front of originals in the museum, in which he immerses himself entirely in the experience, during which his eye seems to guide the painting
hand. Painting becomes an intimate process between the artist and the depicted subjects, which seem to be literally calling out to him from the paintings. Bruère made drawings in large European museums such as Zuich, Karlsruhe, Stuttgart,Berlin and, in the course of this exhibition, also for a week in the Medieval Collection of the Alte Galerie at Universalmuseum Joanneum in Graz. He created about 40 drawings within four days; three of these are shown in the exhibition. The “partner image” in the works presented is a Christmas painting from Admont (1470), which shows the adoration of the child in the form of “Birgitta’s Vision”: Infant Jesus lies on the ground in the form of a pool of light and is worshipped by his mother and the angels. In the drawings, this special relationship between the mother and the child of light is expressed in three ways; the motif becomes steadily more abstract and is intensified by expressive linear demarcations.